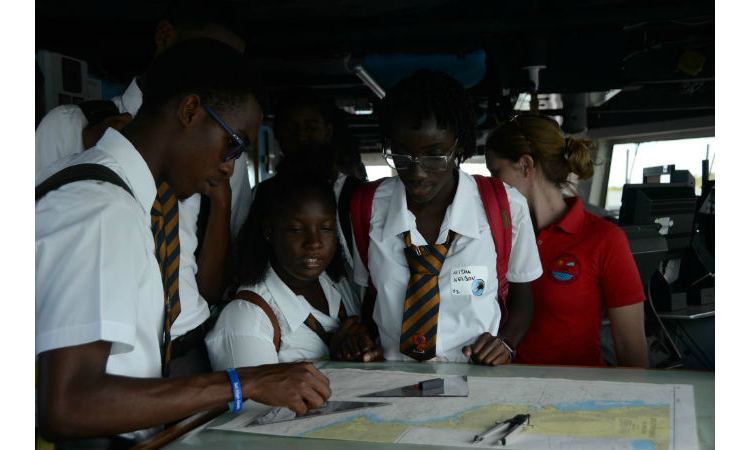 We All Have a Duty to Protect Our Oceans

Nobel Laureate Derek Walcott wrote, “The sea is history.”  Scientific theory holds that life on earth began shortly after the formation of the world’s oceans 4.4 billion years ago and may have started there.  Today our oceans remain a lifeline, covering 70 percent of the earth, providing shelter for millions of marine species and offering humankind immense resources.  Every year on June 8, we celebrate World Oceans Day, when we raise global awareness of the benefits we derive from the ocean and our individual and collective duty to use its resources responsibly.  We recognize the importance of the blue economy to the Caribbean and must ensure that the sea is not only history but part of our healthy and prosperous future as well.

The United States partners with our Caribbean neighbors to understand and protect our oceans.  We facilitate innovative policies, including partnerships with the U.S.-based environmental organization The Nature Conservancy that will support the creation and management of new marine reserves in Barbados and St. Lucia.  We partner with universities and host scientific experts through international exchanges to contribute to research and collaboration in the Caribbean blue economy.  We participate in treaty-based multilateral organizations that oversee the sustainable management of shared fish stocks and other marine life so that fisherfolk in Bridgetown as well as Boston can continue to responsibly draw on the ocean’s bounty.

Earlier this year, the United States and Barbados launched the Atlantic Tradewind Ocean Atmosphere Mesoscale Interaction Campaign (ATOMIC), a scientific initiative to better understand how the ocean’s temperature and currents affect hurricane development.  This effort, led by the National Oceanic and Atmospheric Administration (NOAA), deployed scientific instruments, aircraft, and unmanned aerial and marine vehicles to observe how the ocean and climate interact.  This research is a key part of the U.S.-Caribbean Resilience Partnership, helping us all better understand and prepare for storms, hurricanes, and flooding.

The theme of World Oceans Day 2020 is “Innovation for a Sustainable Ocean.”  We kindle that innovative spirit in young people as NOAA scientists and crew met with local students and welcomed them aboard the Ronald H. Brown research vessel last January.  We support entrepreneurs like Johanan Dujon in St. Lucia, whose company, Algas Organics, converts sargassum into organic fertilizers.  Our coding and STEM workshops in Dominica encourage young women to think critically about how they can market the marine beauty of the Nature Isle and develop their own businesses.

World Oceans Day reminds us that the ocean has an impact on each of our lives, no matter how far we live from the shore.  We have a shared responsibility to protect it.