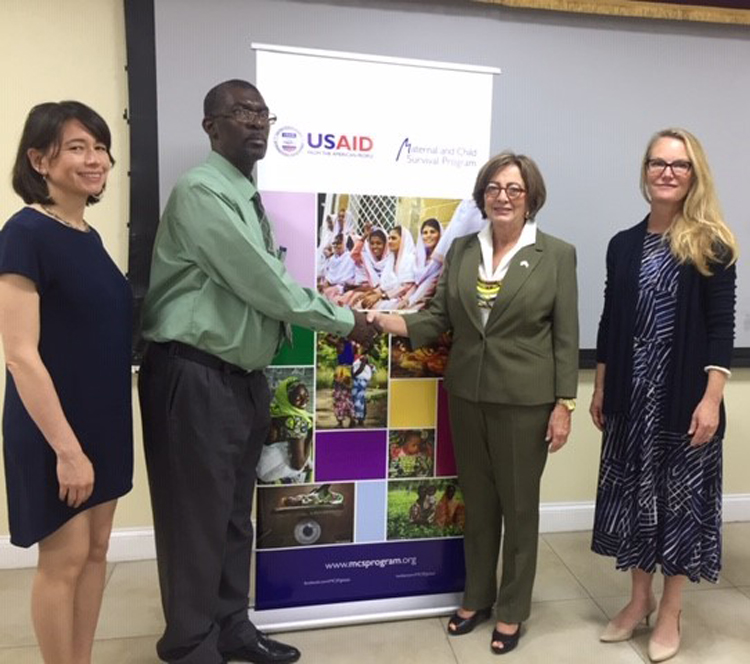 Thanks to a meaningful partnership between the government of St. Lucia and the United States Government, St. Lucia has seen a reduction in Zika cases.  Addressing a close-out ceremony for the United States Agency for International Development (USAID) supported, Zika Maternal and Child Survival Program, the US Ambassador to Barbados, the Eastern Caribbean and the OECS, Linda Taglialatela, lauded the important health partnership, which has supported clinical and non-clinical Zika services.

The Ambassador told the audience, which included Permanent Secretary, Mr. Felix St Hill and Chief Medical Officer, Dr. Merlene Fredericks, that Zika cases have decreased in St. Lucia due to work done to curb the spread of mosquito-borne illnesses in several communities.

“The sudden decrease in cases, compared to the same period of April 2016, suggests that there has been a significant decrease to the risk of Zika infection in St. Lucia.”  The Ambassador also noted that tools, procedures, and systems have been developed to minimize the effects of Zika and ensure a strengthened response in the future.

The Zika Maternal and Child Survival Program began in 2018 with a focus on addressing existing challenges in the health system, towards improving the capacity of service providers and the care of infected new-borns and babies. The project further improved the ability of health workers to provide therapeutic and psychosocial support to mothers and families affected by Zika. The revitalization of a support group for caregivers of children with development delays, such as those affected by Zika, was also among the project’s many successes.

USAID’s overall support to St. Lucia commenced in September 2016, with a community engagement partnership guided by the St. Lucia Red Cross. USAID has continued to expand its support to regional and national public health institutions through targeted assistance. Central to the success of the Zika Maternal and Child Survival Program are the strong partnerships established with senior leadership of the Ministry of Health and Wellness, St. Lucia’s Child Development and Guidance Center, and the Caribbean Regional Midwives Association.