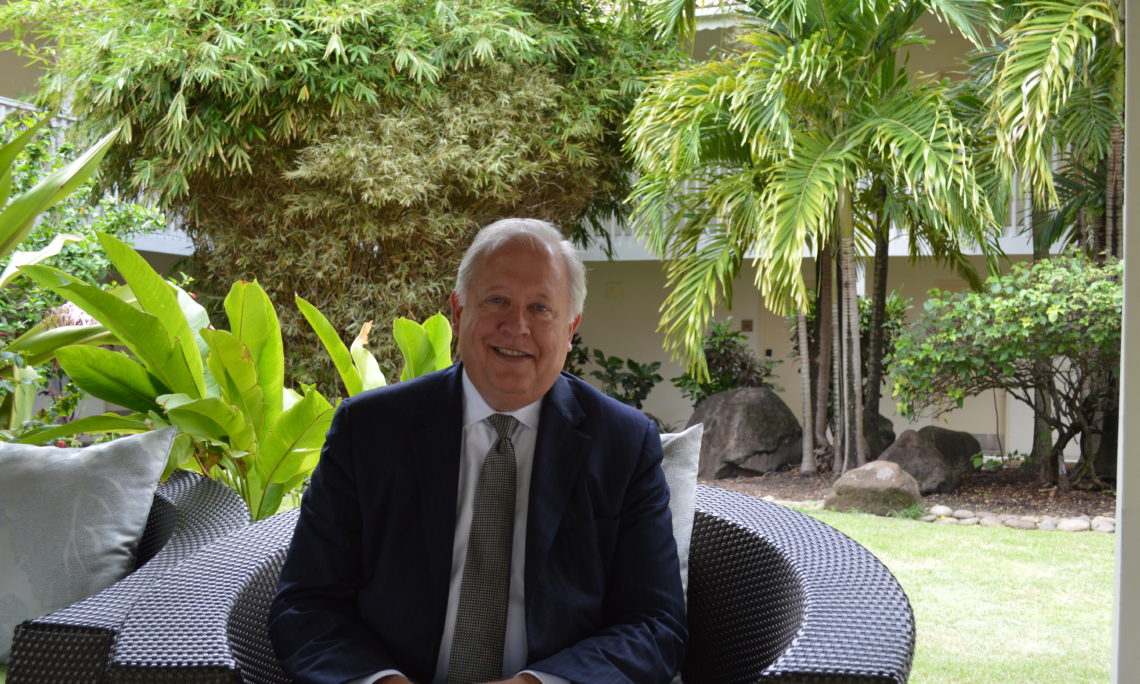 “THOMAS Shannon, the U.S. Under Secretary of State for Political Affairs, says that during his recent visit to the Caribbean, he found leadership within CARICOM that understands the challenges and opportunities of the 21st century.

“There is a real willingness and interest to build on the positive relationship with the US over time,” he said in an interview conducted shortly after he met with CARICOM Heads during the recently held Heads of Government meeting, which took place in Grenada.

Speaking about the challenges for the U.S. and Caribbean, Shannon said that one of the many challenges is cyber security and it is important that Governments work together to protect the basic criteria of our society and maintain confidence.

“Cyber security is a new space for all of us. As is evident by reading the newspapers, cyber-attacks and cyber assaults are not just a daily event, it is something that is happening every minute around the world where transnational criminals and adversaries …are looking for ways to either breach the security of critical infrastructure of our financial systems such as our banks, of our electoral systems in order to have the ability to create chaos or to undermine confidence in institutions,” he stated.

He said that the current U.S. administration is working to ensure the new strategic framework endorsed for the Caribbean by the U.S. Congress through United States- Caribbean Strategic Engagement Act of 2016.

This bill declares that it is U.S. policy to increase engagement with the Governments of the Caribbean region, including the private sector, and with civil society in both the United States and the Caribbean.

According to legislation, the U.S. Department of State shall submit to Congress a multi-year strategy for US engagement to support the efforts of interested nations in the Caribbean region that, among other things, identifies State Department and U.S. Agency for International Development (USAID) priorities for U.S. policy towards the Caribbean region.

It also outlines an approach to partner with Caribbean governments to improve citizen security, reduce illicit drug trafficking, strengthen the rule of law, and improve the effectiveness and longevity of the Caribbean Basin Security Initiative (CBSI); and encourages efforts of the region to implement regional and national strategies that improve Caribbean energy security by increasing access to all available sources of energy, including by taking advantage of the indigenous energy sources of the Caribbean and the ongoing energy revolution in the United States.

The State Department shall offer to annually brief the appropriate congressional committees on efforts to implement such strategy and the President shall report within two years on progress made in implementing the strategy.

“What we want for the Caribbean is not be reactive, but proactive in addressing fundamental society problems,” Shannon said.”