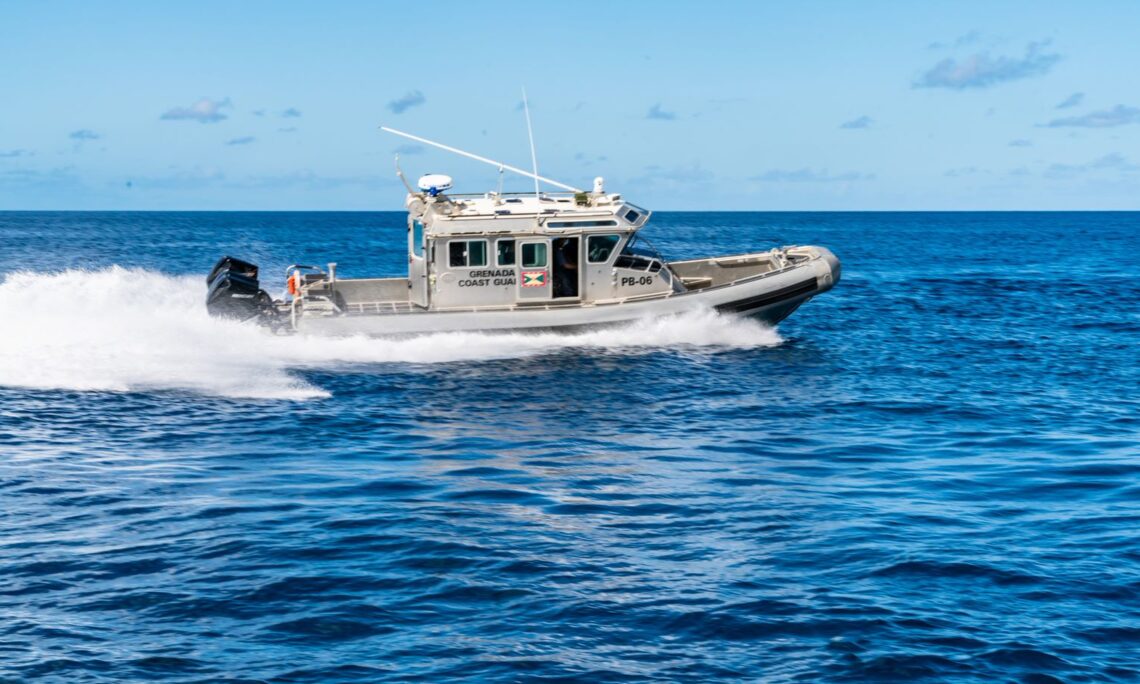 U.S. Embassy Principal Officer Karl Duckworth explained, “This vessel upgrade continues SOUTHCOM’s and the U.S. Embassy’s Enduring Promise of regional support and security cooperation with Grenada and the Eastern Caribbean. We stand with Grenada to strengthen national border security, protect its territorial waters, and counter narcotics smuggling and other forms of transnational crime.”

The first vessel’s overhaul process was completed in February, and it has been in active use as the backbone of Coast Guard operations for maritime security against illegal activity. Due to the global pandemic, the second vessel’s upgrade completion was delayed until recently; however, in November, technicians returned to Grenada to complete their work. Certification sea trials performed last week completed the project, bringing the Grenadian coast guard
fleet to full strength.

“The United States is a strong partner on interdiction efforts, and the SAFE boats have been invaluable,” said Deputy Commissioner of Police Franklyn Redhead. “For example, in April the RGPF used one of the boats to arrest three individuals, two from St. Vincent and one from Grenada, and recovered approximately 379 pounds of marijuana, a boat, and cash worth almost $320,000.”

The United States originally provided the two SAFE boats to Grenada as part of CBSI FMF grant in 2012. With work able to resume in the Eastern Caribbean, Dominica, St. Kitts & Nevis, and St. Vincent & the Grenadines will also receive vessel upgrades in 2021. It is part of the U.S. Embassy’s U.S.-Caribbean Strategy, which focuses on cooperation in the areas of security, health, energy, education, economic prosperity, and diplomacy.