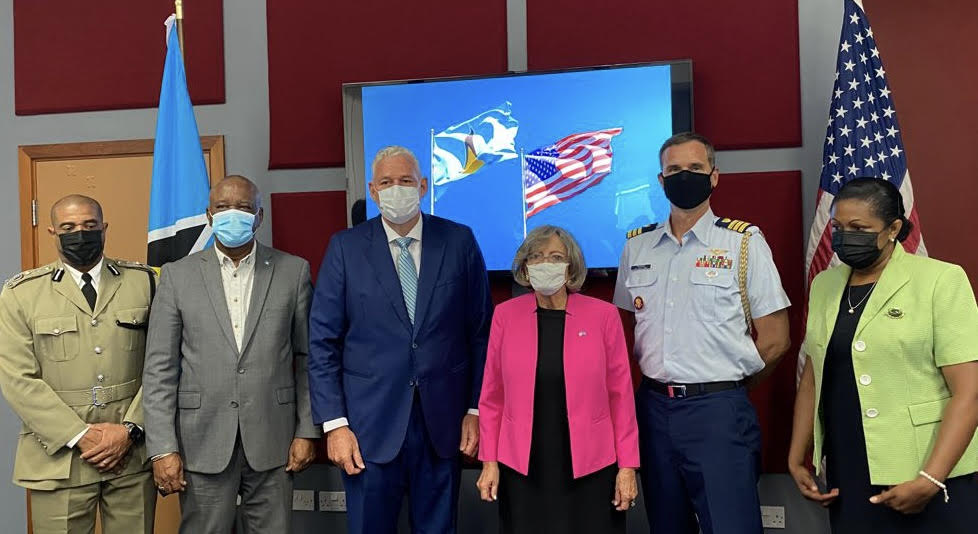 U.S. Ambassador to Saint Lucia Linda Taglialatela announced Friday, June 18, the United States would be able to resume security cooperation and assistance to select units within the Royal Saint Lucia Police Force (RSLPF) with immediate effect. The announcement comes eight years after the suspension of cooperation and after a review that included extensive consultations across U.S. Government agencies.

“We have been able to identify a number of RSLPF with which we will be able to resume full cooperation and engagement,” said Ambassador Taglialatela.  “This means that units such as the Marine and Immigration units will again be able to enjoy the full benefits of U.S. security assistance that we are planning to begin in the coming months,” she continued.

Saint Lucian Prime Minister Alan Chastanet responded, “This is a step in the right direction.  We are encouraged by this announcement by the United States.”  He continued, “I was heartened to hear that $500,000 that was set aside for our Marine Unit will now be available to upgrade the units we now have.  The Marine Unit has played a critical role during the COVID period.  This is welcome news.”

The United States and Saint Lucia have a long history of cooperation to enhance security in the region.  Through USAID and the Bureau of International Narcotics and Law Enforcement Affairs, the United States has helped integrate juvenile offenders into society, offered community-based conflict resolution training, and assisted in the harmonization of criminal sentencing guidelines across the region.  The United States looks forward to expanding its cooperation and engagement with Saint Lucia, and an important part of this process is to ensure full accountability on allegations of extrajudicial killings.