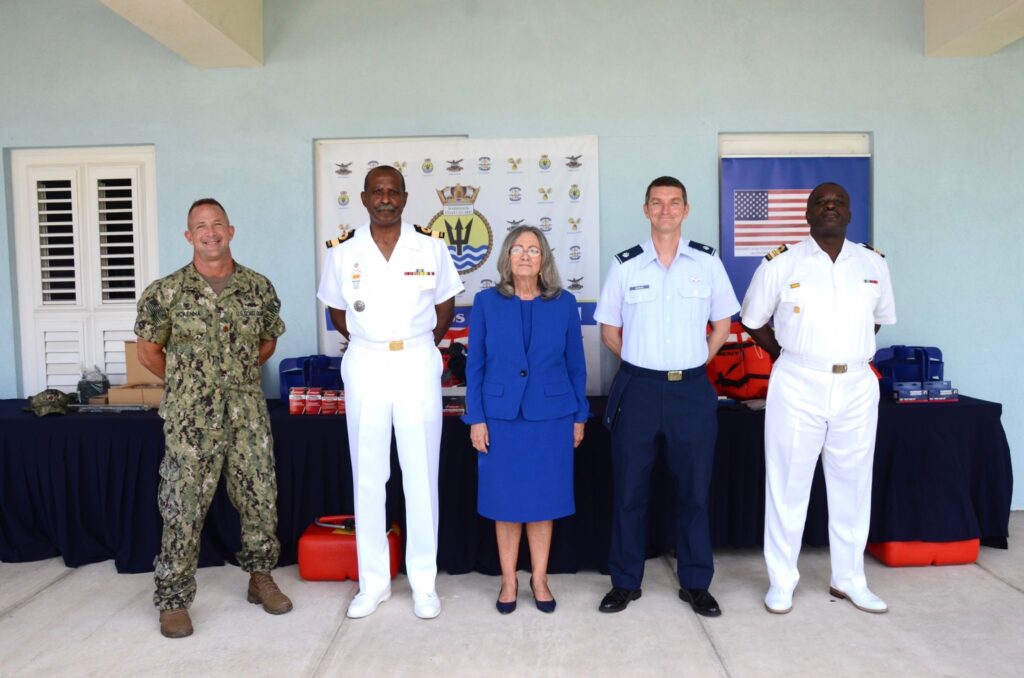 On Monday August 15, U.S. Southern Command donated four rescue vessels and three secure communications packages to the Barbados Coast Guard at a handover ceremony held at the Barbados Coast Guard Station PELICAN.  The donation, which is valued at approximately US$450,000, is part of the Caribbean Basin Security Initiative (CBSI) Foreign Military Financing Program and was led by the U.S. Embassy in Bridgetown.  The maritime equipment will expand the Barbados Coast Guard’s ability to patrol territorial waters in a more secure manner and more readily respond to major natural disasters, such as surge waters during hurricanes.

Giving brief remarks at the ceremony, U.S. Ambassador to Barbados and the Eastern Caribbean Linda Taglialatela noted that the handover ceremony reflects the long-standing commitment of the United States to Barbados and the region to support sustained peace and security.  Ambassador Taglialatela added, “The United States Embassy Barbados and Southern Command are pleased to continue supporting the Barbados Coast Guard through these donations and in the future. We are comforted to know that your unit is always on patrol keeping the waters safe, poised and ready to save the lives of anyone in distress. Your sustained efforts continue to ensure the collective safety, security, and prosperity of our shared neighborhood.”

Speaking on behalf of the Barbados Coast Guard, Commodore Errington Shurland, Chief of Staff of the Barbados Defence Force, said the donation is a testament to the ongoing and enduring nature of the close relations between Barbados and the United States, saying, “Certainly the US’ overall contribution to the Barbados Defence Force cannot be understated, assisting in development from the strategic, down to the tactical levels; as well as across the full spectrum of operations, engineering and logistics.” 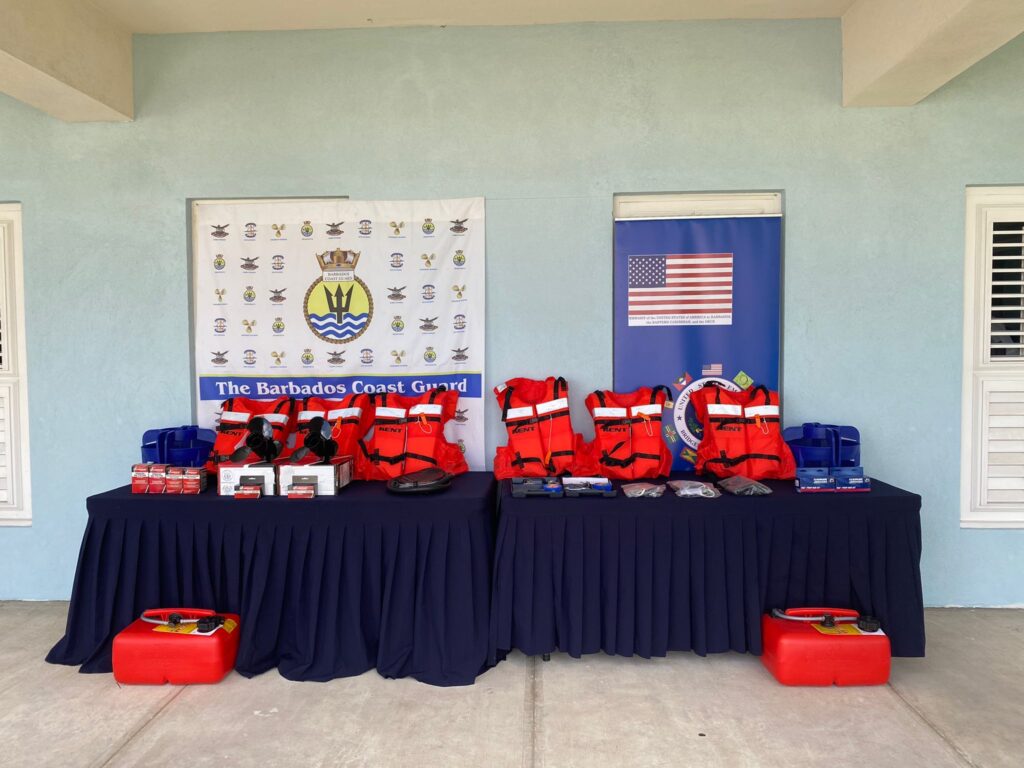 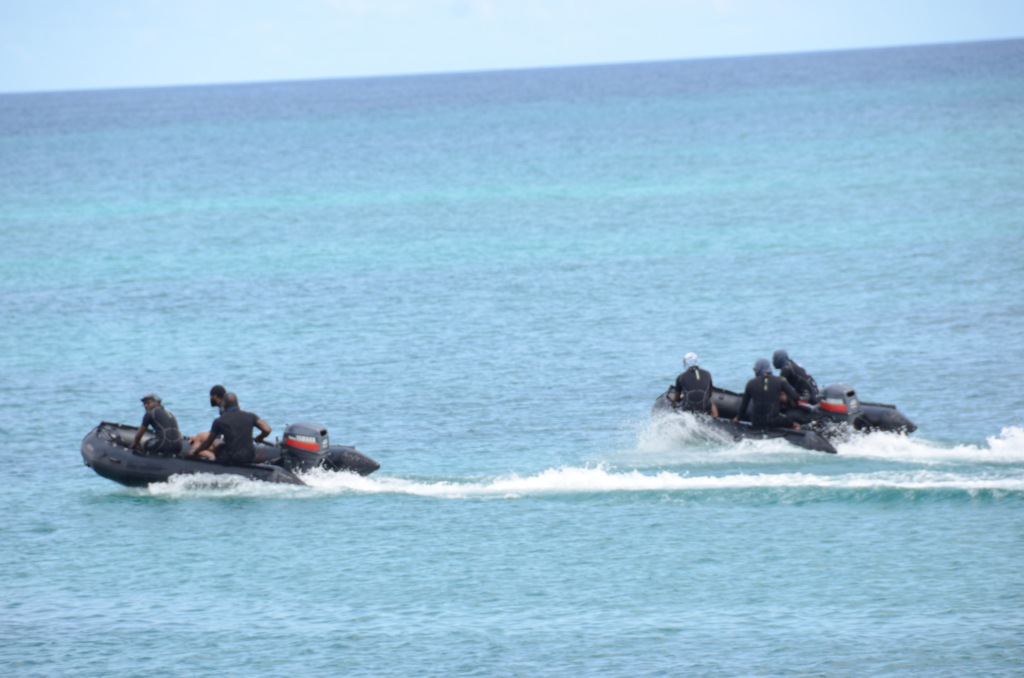