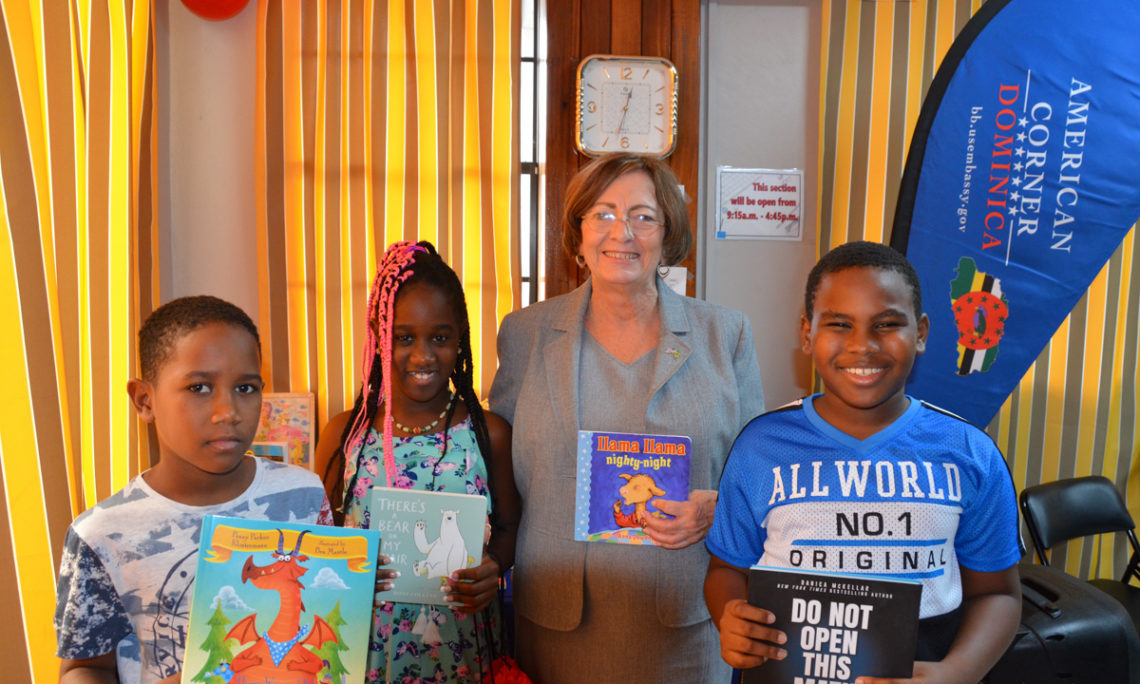 On Thursday, August 22, 2019, the Dominica Public Library in Roseau got a boost to its library when it received a donation of books and children’s activity materials from the United States Embassy Bridgetown.  The donation was made possible through a grant funded by the J. Kirby Simon Foreign Service Trust.

Making the presentation on behalf of the Embassy, United States Ambassador to Barbados, the Eastern Caribbean, and the Organization of Eastern Caribbean States (OECS), Linda Taglialatela re-affirmed the Embassy’s support for education in Dominica.  She cited her swearing-in of seven new Peace Corps volunteers who will work in Dominica’s primary schools as part of the reason for her trip to the island.

During the donation ceremony, Ambassador Taglialatela read to the young visitors of the American Corner at the library and highlighted the importance of reading.  She told the young students, “I encourage you all to keep reading so that you can keep leading in your home, in your community, and in your country.”    The Embassy also took the opportunity to donate football and basketball equipment to the 767 Sports Club, who attended the event.

Permanent Secretary in the Ministry of Education, Chandler Hyacinth, and Coordinator of the American Corner at the Roseau Public Library Renita Charles were present for the reading and donation.