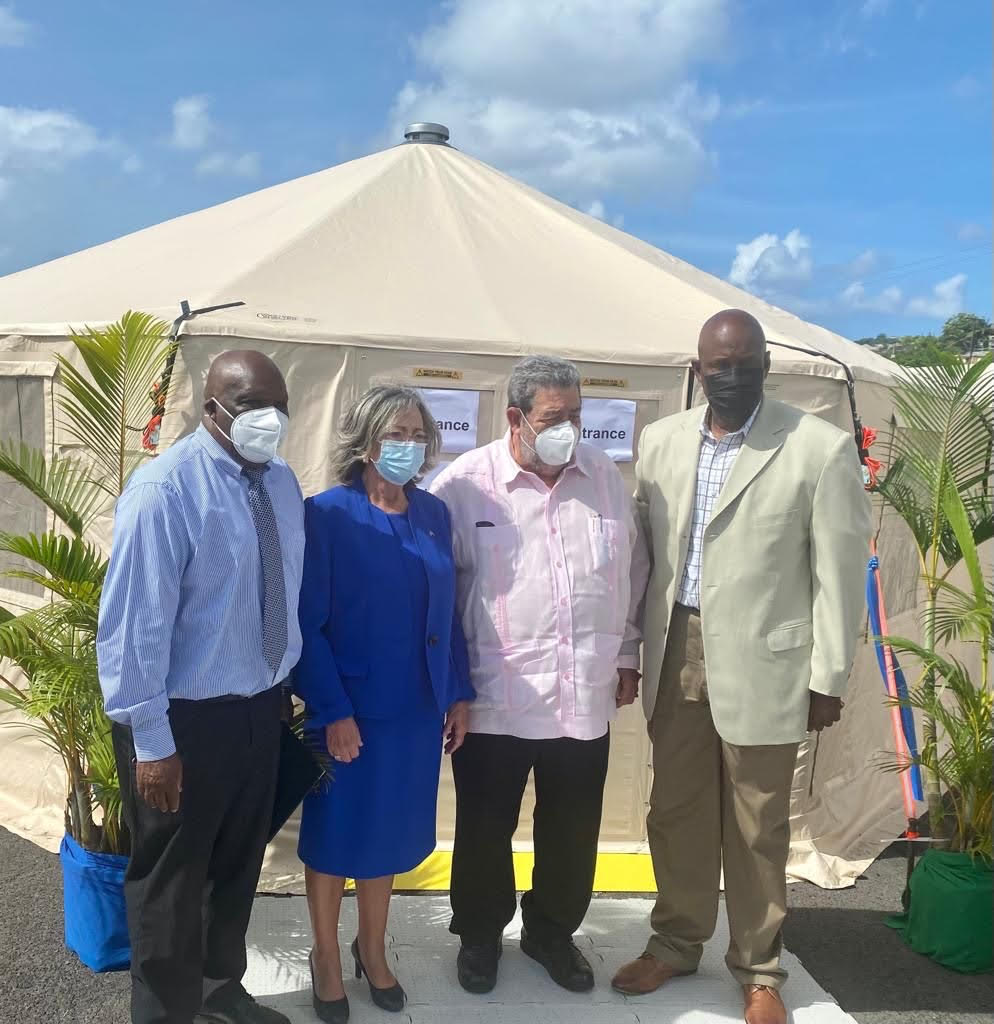 The United States donated two 40-bed field hospitals to the government of Saint Vincent and the Grenadines during a handover ceremony on November 18.  U.S. Ambassador to Saint Vincent and the Grenadines Linda Taglialatela joined Prime Minister Ralph Gonsalves for the handover at E.T. Joshua Tarmac, Arnos Vale.  A tour of one of the hospitals with officials from the Ministry of Health and other government entities followed.

“2021 has been a challenging year but today is about hope. This donation from the government and the people of the United States marks yet another step forward in our shared journey, as we work together to end this pandemic and recover from the volcanic eruption,” said Ambassador Taglialatela.  “The United States will continue to stand with you. We will not rest in our work to restore our shared health and prosperity.”

The donation of the two field hospitals, jointly valued at over US$1.3 million, will help respond to the ongoing pandemic and expand the Ministry of Health’s capacity to address future challenges from natural disasters.  Earlier this year, USAID led the United States government’s US$4.7 million response effort to support Saint Vincent in responding to the effects of the Le Soufriere volcano eruption.

Today’s donation was made possible through the U.S. military’s U.S. Southern Command Humanitarian Assistance Program.  It included a four-day training on the setup, teardown, and storage of the field hospitals with the U.S. manufacturer, Western Shelter.  Members of the Royal Saint Vincent and the Grenadines Police Force, the National Emergency Management Organization, and members of other services participated in the training.