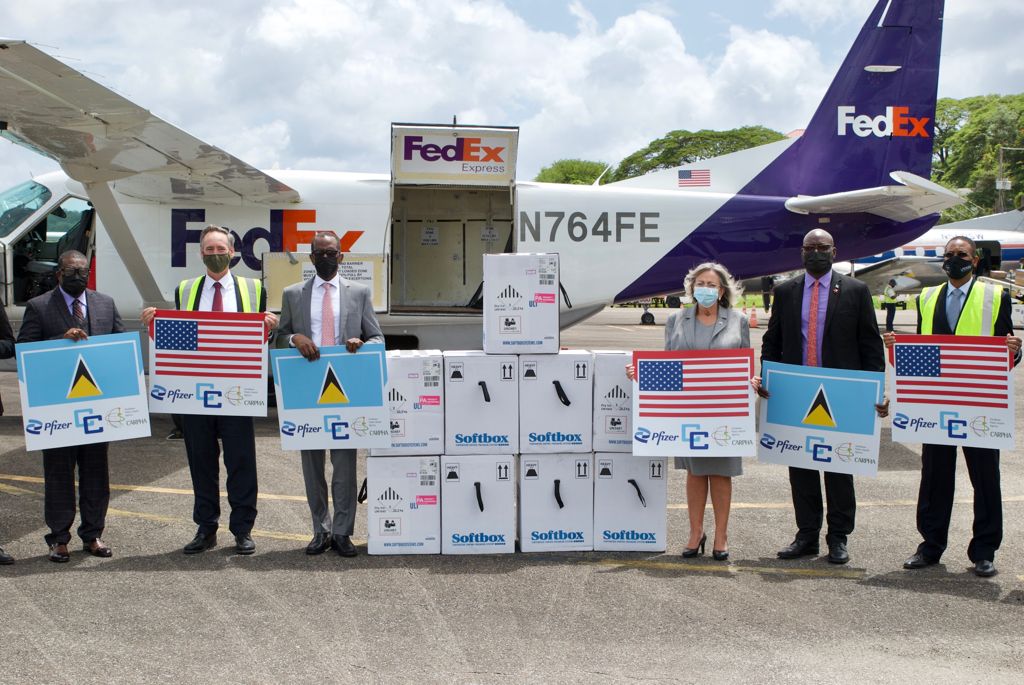 This was the first opportunity for Ambassador Taglialatela to meet face-to-face with Prime Minister Pierre and his new government.  The Ambassador expressed gratitude that on her first in-person visit, she and the Prime Minister were able to celebrate a concrete outcome of the close relationship between Saint Lucia and the United States.  The Ambassador discussed with the Prime Minister, Minister for External Affairs Alva Baptiste, Minister for Health, Wellness, and Elderly Affairs Moses Baptiste, and other members of the Cabinet ways to expand training, trade, education, and further opportunities for Saint Lucians.

Prime Minister Pierre thanked the Ambassador for her visit and the U.S. vaccine donation.  “This batch of over 52,000 Pfizer vaccines represent the first batch of this bilateral donation from the United States of America.  It helps the Saint Lucian Government meet an important request being made by some in the public that they would like choices and options,” the Prime Minister said during remarks at a welcome ceremony outside the airport.  “High levels of vaccination in a population mean low levels of people getting seriously ill from COVID.  To the government and people of the United States, I say thank you on behalf of the government and people of Saint Lucia.”

Both Prime Minister Pierre and Ambassador Taglialatela noted the issue of vaccine hesitancy as a barrier to full recovery from the COVID-19 pandemic.  The Prime Minister explained his administration’s commitment to a renewed public health campaign to encourage Saint Lucians to get vaccinated.  Ambassador Taglialatela also noted that disinformation campaigns sought to confuse the public about the safety and efficacy of vaccines.  She explained, “The fact is – too many Saint Lucians, both on this island and in the United States, have died from COVID-19.  Our cooperation today says that we choose science, facts, transparency, and saving lives.”