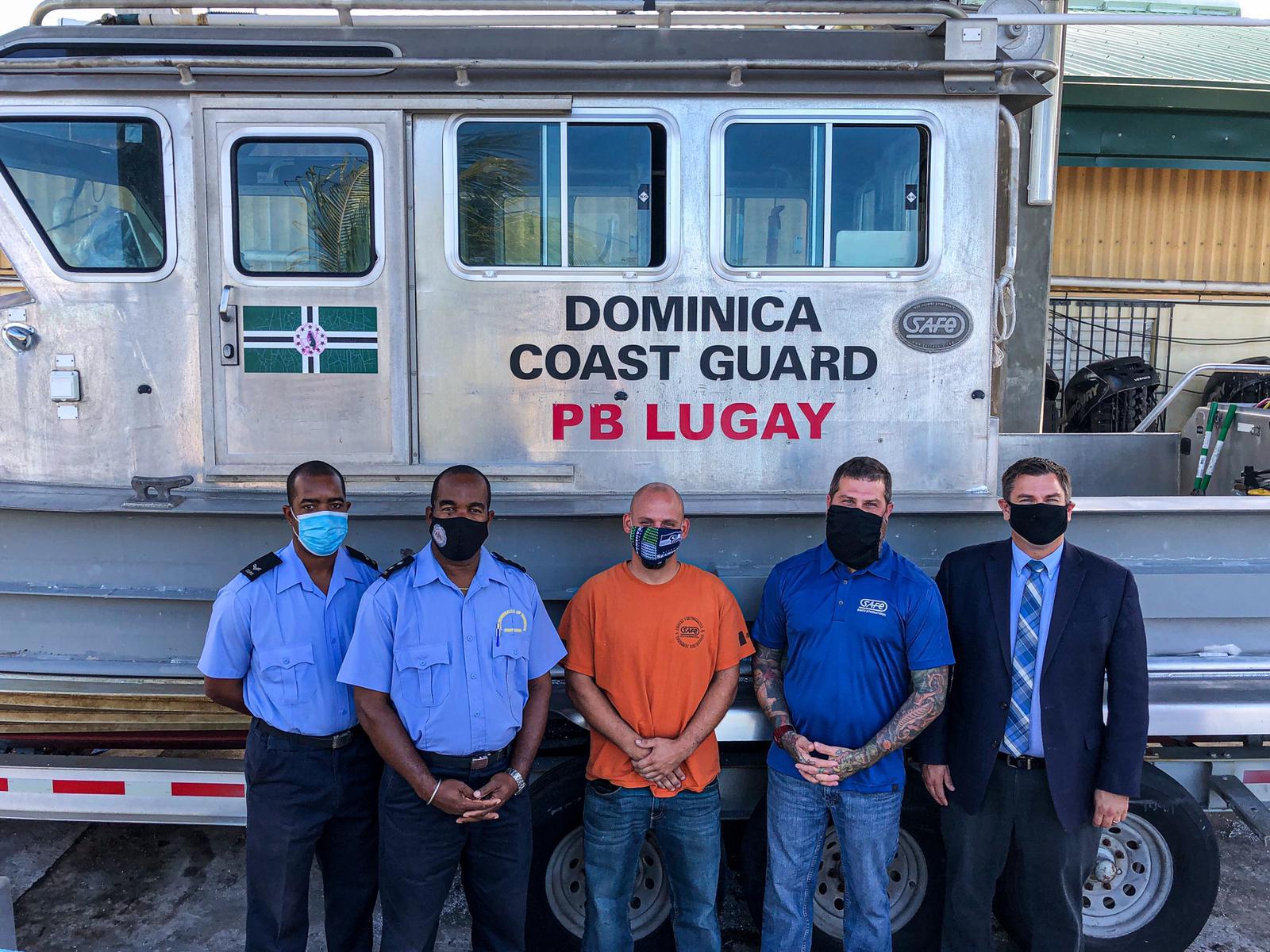 On Monday, February 1, work was completed on the first of Dominica Marine Unit’s two nearshore intercept vessels, as part of a US$800,000 modernization initiative to upgrade the Commonwealth of Dominica Police Force’s fleet. The SAFE Boat Mid-Life Upgrade included a complete vessel overhaul, new engines, and a spare parts package to ensure continued operability. Work has already begun to upgrade the Marine Unit’s second vessel, which is expected to be completed by mid-March.

Deputy U.S. Military Liaison Office Chief, Lieutenant Colonel Shane Moran explained, “The Dominica Marine Unit has a long history of excellence with the maintenance and operations of their maritime assets. As part of the U.S. Embassy’s commitment to regional security cooperation in the Eastern Caribbean, we see these recent maritime upgrades as critical to support an important security partner like Dominica and its ability to protect its territorial waters, counter illicit trafficking, and combat transnational criminal organizations.”

Commissioner Lincoln Corbette of the Commonwealth of Dominica Police Force said, “These vessels have contributed significantly in the policing of our maritime borders, search and rescue missions, more so during Tropical Storm Erika and Hurricane Maria. Sincere appreciation much be extended to the engineering team of the Dominica Marine Unit and CBSI TAFT for ensuring that the vessels were well maintained. We are very grateful for the support of the United States government over the years and look forward to our continued partnership.”

The United States originally provided the two SAFE boats to Dominica as part of CBSI FMF grant in 2012. Following the current efforts in Roseau, the SAFE technicians will travel to St. Kitts & Nevis and St. Vincent & the Grenadines to conduct similar upgrades throughout 2021. It is part of the U.S. Embassy’s U.S.-Caribbean Strategy, which focuses on cooperation in the areas of security, health, energy, education, economic prosperity, and diplomacy.