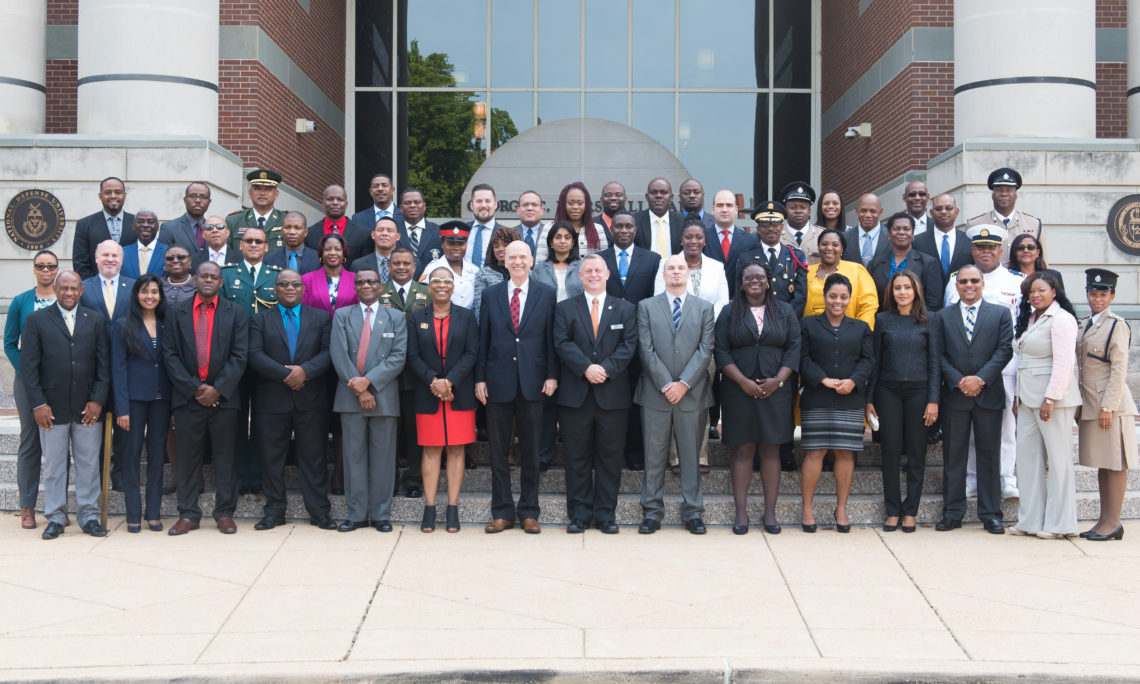 Participants in the recently-concluded Caribbean Defense and Security Course at the Perry Center for Hemispheric Defense Studies in Washington D.C.

The U.S. Embassy, through its Military Liaison Office, facilitated the attendance of a number of security personnel from the Eastern Caribbean at the Perry Center for Hemispheric Defense Studies for a two-week phase of the Caribbean Defense and Security Course. Participants from 14 Caribbean countries traveled to Washington, D.C. to engage with regional partners and to discuss common security themes and challenges of their countries.

The recently-concluded course covered transnational security threats such as organized crime, corruption, and cyber security; interagency and international cooperation; defense economics; and defense and security policy formulation and implementation. The participants also completed an exercise scenario in which they worked together to address security and defense threats in a fictitious country.

The course also featured interactive discussions with senior policymakers and practitioners, and also guest speakers from the Department of Homeland Security, the International Committee of the Red Cross, the Bureau of Alcohol, Tobacco, and Firearms, and a number of non-governmental organizations.