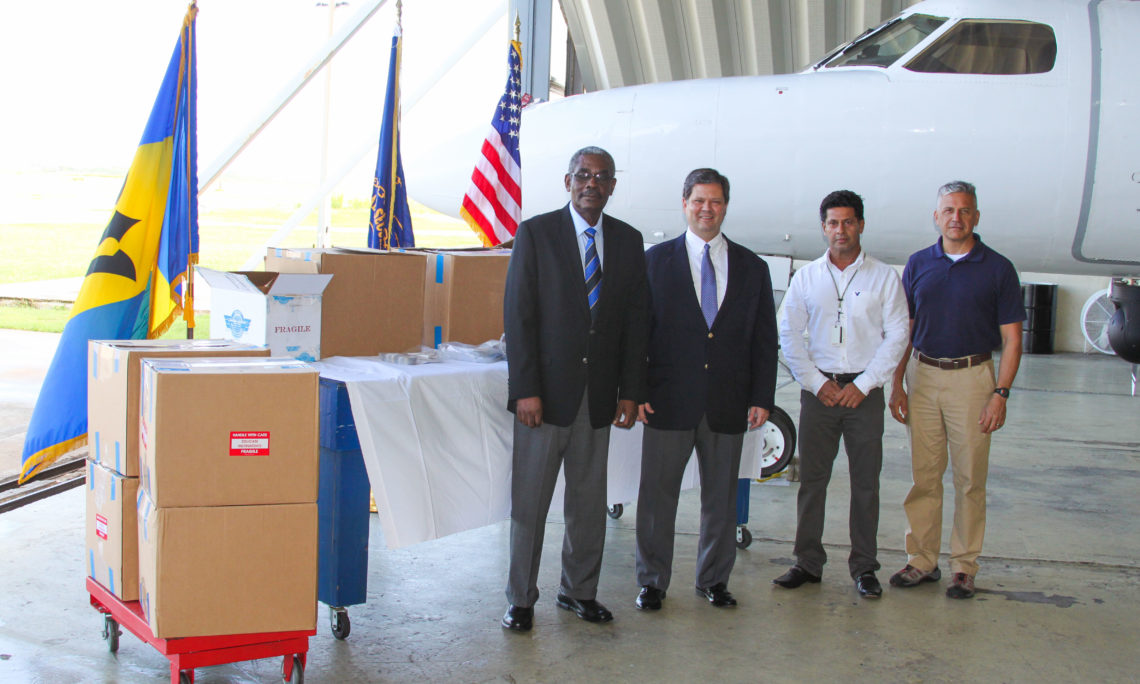 On December 14, the United States Embassy, through its Office of International Narcotics and Law Enforcement Affairs (INL), delivered a donation of approximately USD$650,000 worth of spare parts for the Regional Security System’s (RSS) Air Wing’s two C-26A maritime patrol aircraft. This spare parts package complements the USD$11.25 million refurbishment and upgrade of the aircraft recently completed by the Governments of the United States and Canada.

U.S. Ambassador to Barbados, the Eastern Caribbean, and the OECS Linda Taglialatela said of the donation, “These spare parts will keep the RSS Air Wing’s two maritime patrol aircraft flying for years to come, facilitating their life-saving search-and-rescue missions, as well as their interdiction of cocaine traffickers in regional waters.  This donation is another tangible demonstration of the confidence we have in our outstanding partners at the RSS, and underscores the commitment of the United States Government to a safer and more secure Eastern Caribbean. ”

The United States donated the two aircraft to the RSS in the late 1990s.