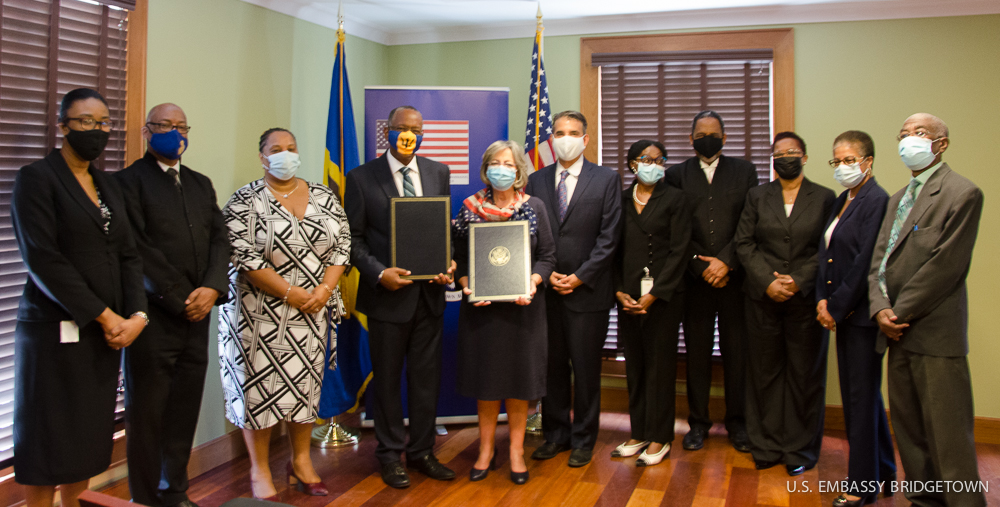 U.S. Ambassador to Barbados Linda Taglialatela joined Chief Justice of Barbados Sir Patterson Cheltenham and other distinguished guests from around the Caribbean on Wednesday, June 23, to sign an agreement to establish an electronic case management system in the Magistrates Courts in Barbados.

U.S. Ambassador Taglialatela explained, “The introduction of an electronic court case management system is a performance enhancing tool which will align Barbados with international and regional best practice and increase the courts’ ability to meet the challenges of the future.”  The agreement includes a comprehensive, cost effective electronic platform as well as technical support, case management training, and e-filing.  The new system will shorten court delays and case backlogs and deliver justice more efficiently for the citizens of Barbados.

Chief Justice Cheltenham thanked the United States for its contribution to the judiciary in Barbados and described the need for, and difficulties associated with, change.  He said, “The task ahead will be demanding and will have its occasional moments of difficulty.  There will be pauses and occasional hiccups, but they must be seen as occasions to refocus on the mission – to bring to the public of Barbados an efficient and modern magistrates’ court system.”