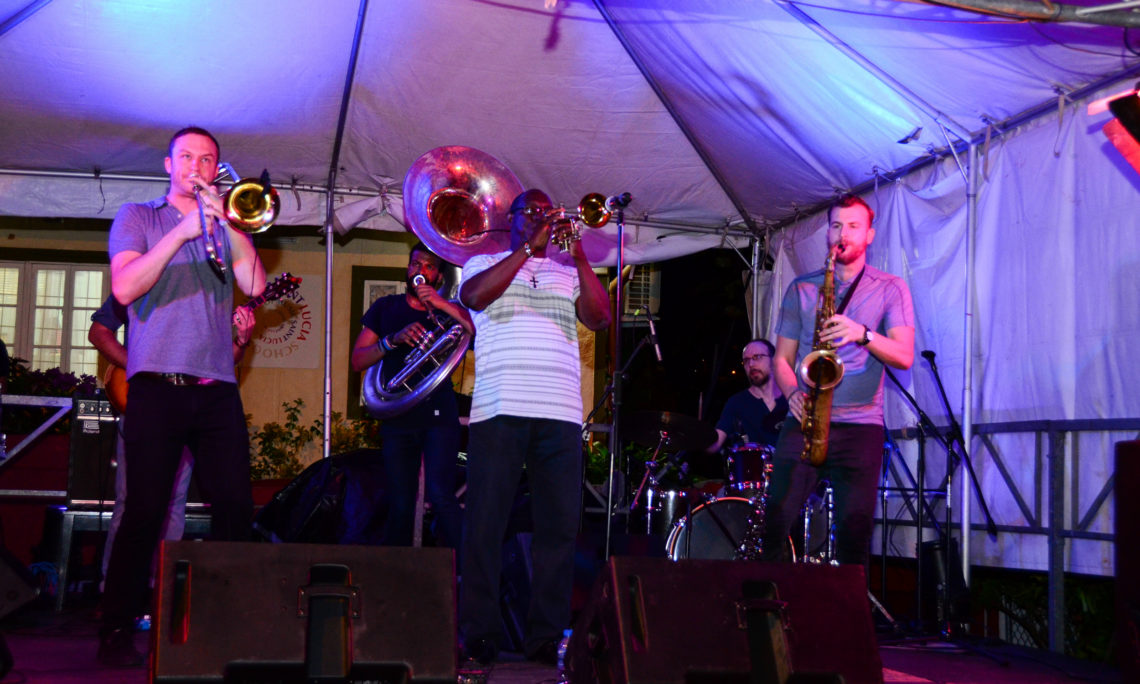 The U.S. Embassy to Barbados, the Eastern Caribbean, and the Organization of Eastern Caribbean States is pleased to host the Huntertones, an American jazz ensemble in a four-country tour. The program traveled to St. Lucia, and will perform in St. Vincent and the Grenadines, Barbados, and Antigua and Barbuda.

Led by founding member saxophonist Dan White, the New York-based band, attracted a large audience at their concert in St. Lucia, which took place at the St. Lucia School of Music. Performing original songs “Sweatin’” and “Hip Mr. Hampton,” the enthusiastic audience was soothed and tantalized by the rhythms of the music. To conclude the evening, Officer Simeon, a member of the St. Lucia Royal Police Band, was invited by the Huntertones on stage to play the trumpet.

“The U.S. Embassy is hosting this concert in St. Lucia to commemorate the island’s 39th anniversary of independence, and to celebrate 39 years of diplomatic relations and friendship between our two nations. We also hosted this series of public concerts to underscore the excellence and diversity of American music, and to promote cultural exchange,” said Public Affairs Officer James Rodriguez. “The U.S. Embassy will continue its support of the arts in St. Lucia and the Eastern Caribbean through dynamic cultural initiatives and programming.”

Before the concert, Huntertones also led a workshop with music students at the St. Lucia Music School. The audience comprised 40 talented students who eagerly participated in the workshop.