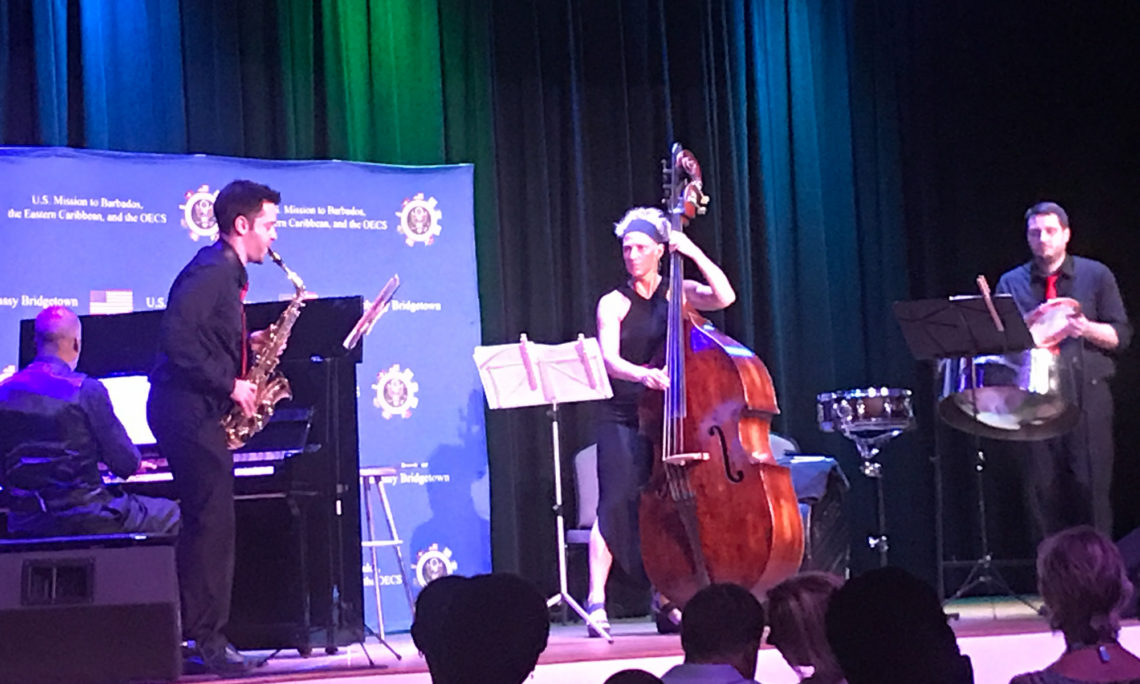 The Ibis Ensemble in concert in Barbados.

The U.S. Embassy to Barbados, the Eastern Caribbean, and the Organization of Eastern Caribbean States is pleased to host American classical quartet the Ibis Ensemble, in a two-country traveling tour of classical music. The program traveled to Grenada, and Barbados. These gifted musicians, all of whom live in Trinidad and Tobago, performed original works which highlighted the smooth Caribbean influences on American classical music.

The previous day, the ensemble conducted an engaging master class for about 40 students drawn from Barbados’ secondary schools, musicians, and Barbados Youth Orchestra. The students were broken up into smaller groups and were led by individual members of the quartet in the areas of string, piano, clarinet, and percussion.

“The U.S. Embassy is hosting this series of public concerts to underscore the excellence and diversity of American music. The Ibis Ensemble’s performance highlights how the American and Caribbean cultures can be blended musically to create original musical works,” said U.S. Ambassador to Barbados, the Eastern Caribbean, and the OECS, Linda Taglialatela. “The U.S. Embassy remains committed to supporting development through the arts in Barbados and the Eastern Caribbean and looks forward to maintaining its strong support of cultural initiatives in the future.”

For more photos of the concert and master class held in Barbados, please click here for our Flickr stream.