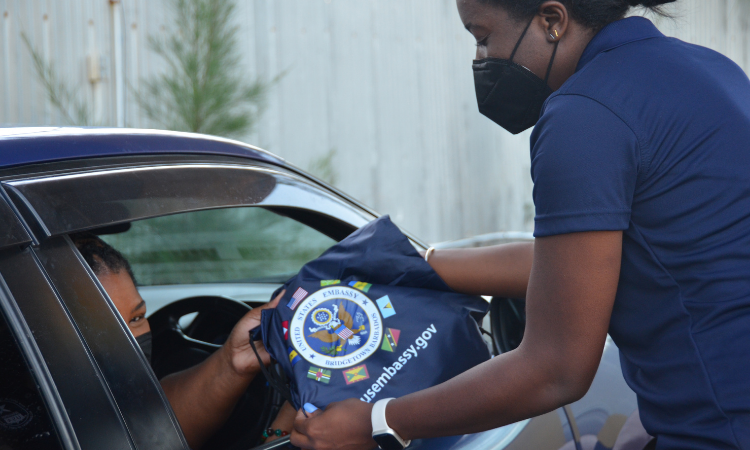 On February 1, the U.S. Embassy kicked off its Black History Month celebrations with a movie screening of the award-winning film The Great Debaters. More than 70 movie-goers attended the free event at the Globe Drive-In Tuesday night. The movie tells the story of an underdog 1930’s Black debate team, and both the rhetorical and racist challenges they overcame. It is the first of several events planned by the U.S. Embassy to mark Black History Month.

Each February, Black History Month honors the contributions made by persons of African descent and the values of justice, equality, and diversity. Also known as African-American History Month, the event grew out of “Negro History Week,” the brainchild of American historian and author Carter G. Woodson, himself the son of former slaves.

The U.S. Embassy’s Black History Month Speech Competition continues until the middle of the month. Open to all secondary school students in Barbados and the Eastern Caribbean, the contest solicits recorded speeches no longer than four minutes for submission by Friday, February 18. The winners and their schools will receive prizes including computers, tablets, and books. A separate Black Health and Wellness virtual event will take place on February 23 at 6PM. Further information on all U.S. Embassy Black History Month activities can be found at bb.usembassy.gov. Throughout February, the U.S. Embassy will highlight the experiences of the African diaspora in both the United States and the Caribbean, celebrating both communities’ contributions and the shared history, culture, and values that connect them today.