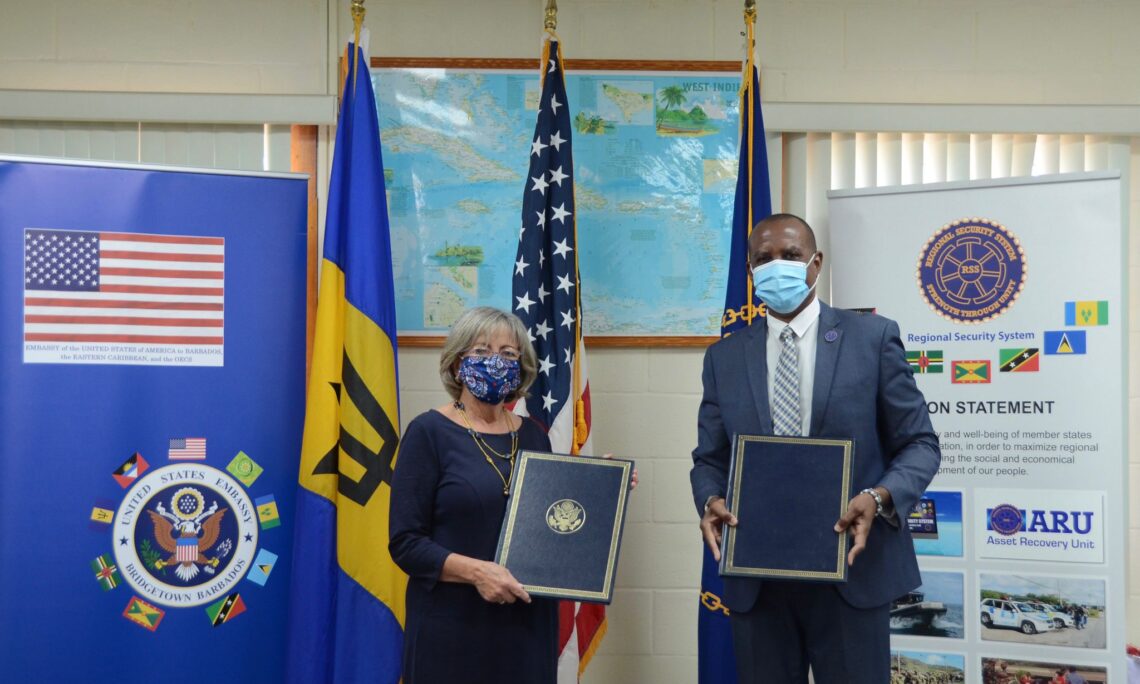 On Monday, May 17, U.S. Ambassador to Barbados, the Eastern Caribbean, and the OECS Linda Taglialatela and Executive Director of the RSS Captain Errington Shurland formally signed the agreement which will enhance the ability of Eastern Caribbean law enforcement and justice officials to investigate regional criminal actors.

The Letter of Agreement on countering organized and gang related crime provides the framework for the U.S. State Department’s Bureau of International Narcotics and Law Enforcement Affairs to support the RSS and its Member States on law enforcement professionalization, narcotics interdiction, organized crime investigations, and rule of law programs. The project provides US$1.65 million in additional funding for the RSS.

Ambassador Taglialatela thanked Captain Shurland for the RSS’s long-standing cooperation with the U.S. Embassy on a wide range of security issues in the region and conveyed to him the importance of their continued cooperation against organized criminal actors.