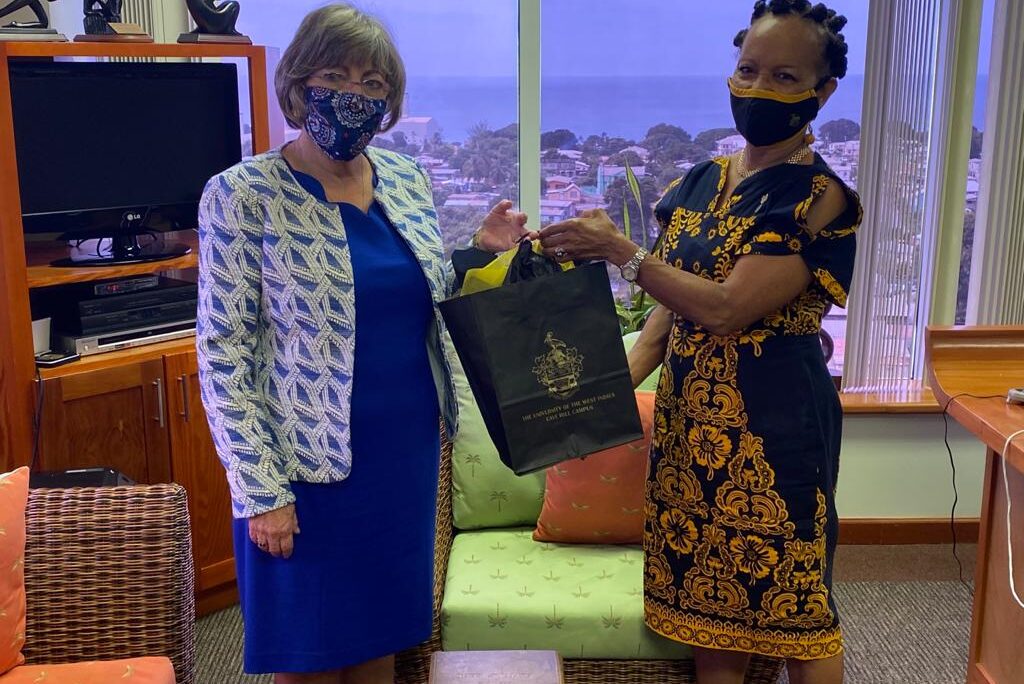 During her meeting with Principal Barriteau, Ambassador Taglialatela said that she is keen to share American culture with UWI through the Department of State’s academic and cultural programs like Fulbright and Arts Envoy. “There are always opportunities to link American universities with UWI to enhance the experience for both faculty and students,” she added. “According to the annual Open Doors report, more American students are studying abroad, and it would be great to attract some of those students to UWI.”

Dean Akombo said he would welcome scholars to his faculty through Fulbright and other U.S. Embassy exchanges.  “As a global institution, UWI’s culture, creative and performing arts faculty should feature diverse educators from around the world, including the United States.”

Recent collaboration between the U.S. Embassy and UWI have included masterclasses with visiting arts envoys Tim Kubart and the Space Cadets and a special screening of the Broadway musical Hamilton.  The Embassy looks forward to working again with UWI in coordination with the Barbados Independence Film Festival, scheduled to run January 27-31. Over the past five years, UWI has also hosted four Fulbright students and two Fulbright scholars from the United States.