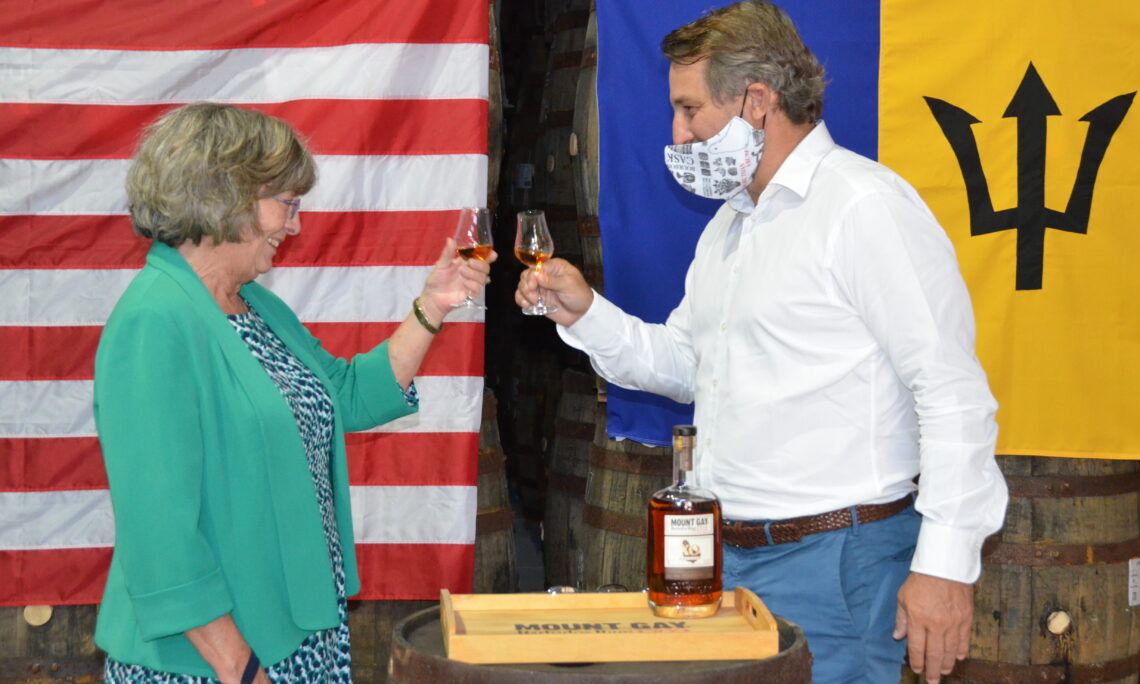 U.S. Ambassador Linda Taglialatela visited the Mount Gay distillery in St. Lucy to toast the inauguration of President Joseph R. Biden Jr. and Vice President Kamala Harris. When George Washington was elected the first President of the United States in 1789, he special ordered a barrel of Barbados rum for his inauguration. Mount Gay is the only distillery still in existence from George Washington’s visit to Barbados in 1751. The United States remains the largest market for Mount Gay rum, though consumption is down from the estimated 3.7 gallons of rum per person at the end of the 18th century.

Mount Gay Managing Director Raphael Grisoni treated Ambassador Taglialatela and U.S. exchange alumna and entrepreneur Christina Hunte to a tour of the distillery and a taste of its products. Ambassador Taglialatela remarked that the visit was a fitting celebration of the historical and commercial ties between the United States and Barbados; however, upon the gift of a bottle of Mount Gay XO she joked, “I might not be sending this bottle to Washington.”