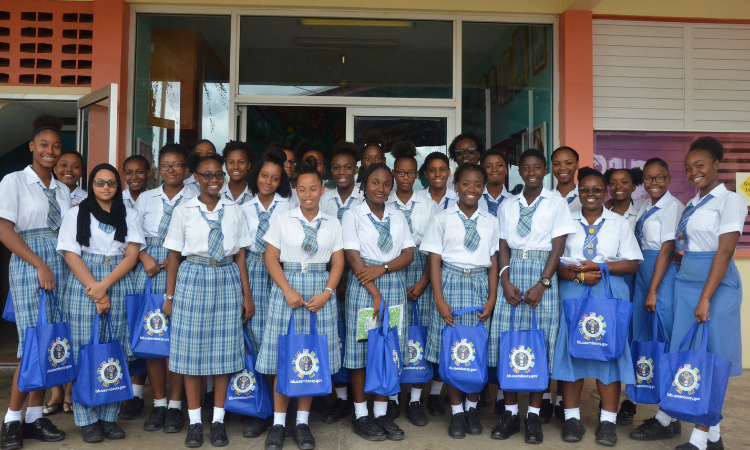 On Monday, March 11, U.S. Ambassador to Barbados, the Eastern Caribbean and the OECS, Linda S. Taglialatela, hosted a Women’s Leadership Discussion with students at the Springer Memorial Secondary School, Government Hill, St. Michael. The one-hour presentation entitled, “Unlock Your Power: Fostering the Next Generation of Female Leaders,” was held in honor of Women’s History Month. During her presentation, Ambassador Taglialatela provided information on the origins of Women’s History Month in the United States, noting that March 8 had been designated as International Women’s Day at the beginning of the 20th Century and the entire month of March was subsequently recognized as Women’s History Month, setting aside a time to honor women’s contributions to American history.

Speaking to the audience of approximately twenty-five female students, along with their Principal Mr. Mitchell Maxwell and Guidance Counselor, Harriet Browne, Ambassador Taglialatela gave some of the milestones from the U.S. women’s rights movement and highlighted the women who played a critical role in advancing the women’s rights agenda in the United States.  She also offered the students strategies geared at influencing the next generation of female leaders and encouraged the students to continue to serve as mentors and good examples.