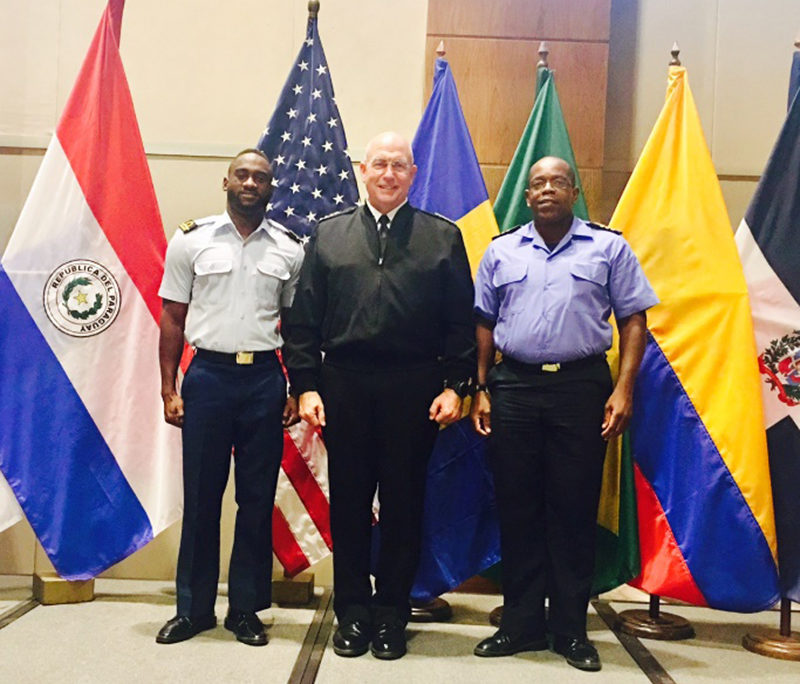 The U.S. Embassy, through its Military Liaison Office, recently sent Commander Aquinas Clarke, and Sub-Lieutenant Elvis King, both of the Barbados Defense Force, on the Fuerzas Commando Distinguished Visitor Program, in Asuncion, Paraguay.

U.S. Ambassador to Barbados, the Eastern Caribbean, and the OECS, Linda Taglialatela commented, “In the current threat environment, it has never been more important to join forces to enhance multinational and regional cooperation, boost mutual trust and confidence, ensure readiness, and strengthen regional interoperability for success in combating our common threats. To this end, we are happy to have sponsored Commander Clarke, and Sub-Lieutenant King for this program, and we remain committed to strengthening security capabilities in the region.”

Ten countries have shared the responsibility of hosting the event. The first year the competition was held in El Salvador, and 13 countries participated. Since then the involvement in the competition has expanded and Paraguay was this year’s host country.