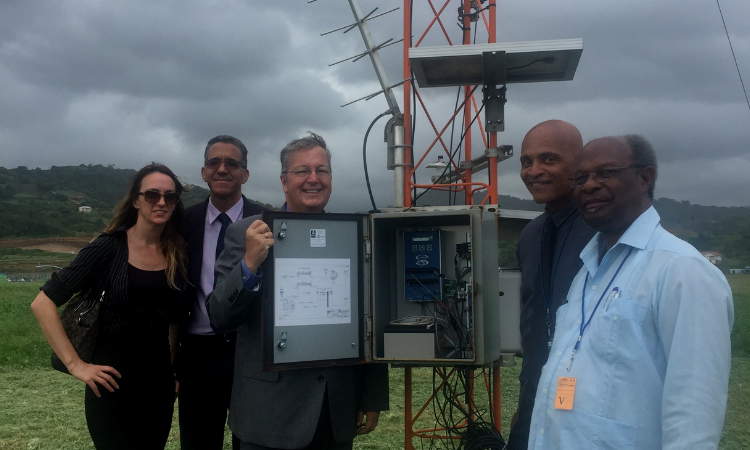 As part of ongoing efforts to mitigate the impact of natural hazards in the region, the United States Government has procured US$105,000 worth of climate and marine monitoring equipment for the Government and people of St. Vincent and the Grenadines. The initiative is part of a US$10 million United States Agency for International Development (USAID) Climate Change Adaptation Project implemented in partnership with the Belize-based Caribbean Community Climate Change Center (5Cs).

Mr. Cushing stated that the event represents an important step in strengthening climate science related networks that are necessary to protect the country’s people and assets from natural hazards. “The use of these systems will increase the capability of St. Vincent and the Grenadines and the wider region to anticipate and manage the impacts of changing weather patterns,” said Mr. Cushing, who noted that the climate data generated would help countries protect land-based assets as well as the marine environment, particularly coral reefs. Alluding to the significant weather events endured by the region over the past five years, the Mission Director said the systems would be critical for planning by decision makers in the agriculture, tourism, and health sectors.

Under this component of the USAID-supported project, networks are being expanded to increase regional coverage. This entails adding new equipment into existing hydro-met and CREW networks to increase coverage across the region. As a result, countries will have climate and marine related data to make informed decisions to put in place measures to counter climate variability.

In closing, Mr. Cushing advised: “As we approach the end of this year’s hurricane season it’s important for regional practitioners to reflect on the lessons learned from each weather event. What were your predictions? What improvements can you make in your approach?” he maintained.

Support in this endeavor is provided by the 5Cs in partnership with the Barbados-based Caribbean Institute of Meteorology and Hydrology (CIMH).