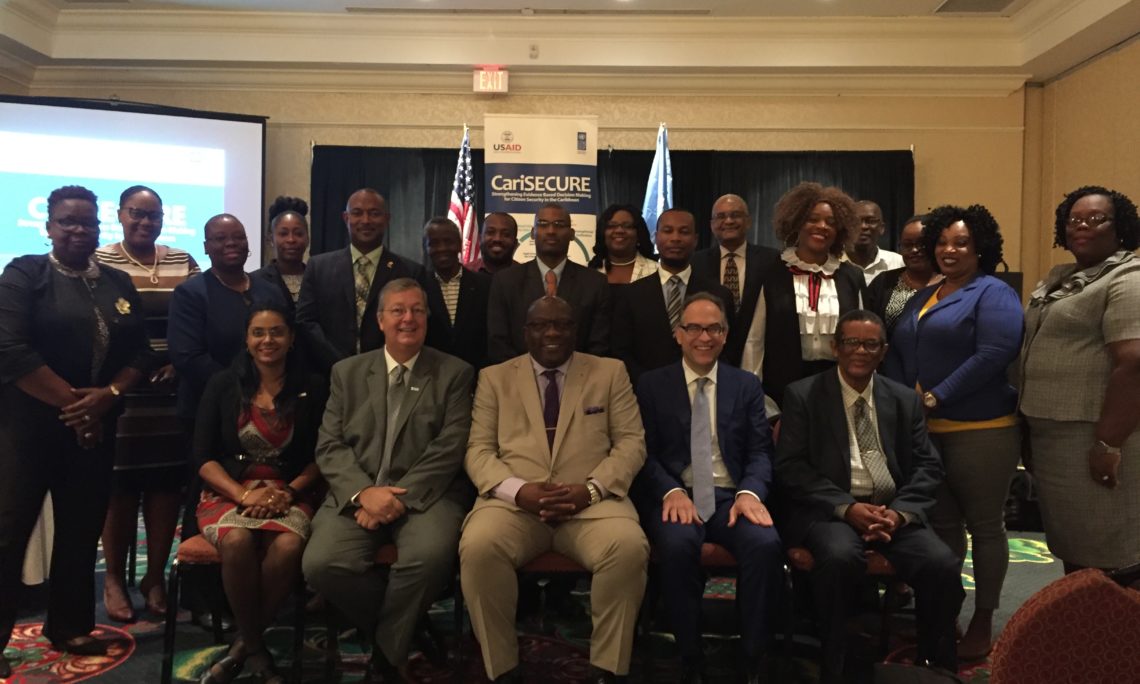 Three weeks after Antigua and Barbuda took similar steps, the Government of St. Kitts and Nevis, in collaboration with the United States Government, launched its own National Task Force and endorsed the Caribbean Citizen Security Toolkit to strengthen evidence-based programming and policy-making for crime prevention under the aegis of the United States Agency for International Development’s (USAID) CariSECURE Project.

Today, Prime Minister and Minister of National Security, Timothy Harris, officially appointed the Task Force during a ceremony attended by senior members of St. Kitts and Nevis’ Police Force, Prison Service, and other social service departments, as well as representatives of the United States Government. During the feature address, Mr. Harris welcomed the USAID initiative, which supports ongoing work to combat crime by St. Kitts and Nevis’ national security practitioners. He also signed an agreement to officially endorse the Toolkit that helps agencies standardize, disaggregate, and share crime data under the USAID project implemented by the United Nations Development Programme (UNDP).

USAID Mission Director for the Eastern and Southern Caribbean, Christopher Cushing, told launch participants that evidence-based policy is a critical resource to meet the challenges around crime and violence in the region, which have far-reaching implications for productive societies – particularly for youth. “While a scientific evidence-based approach is key, anecdotal and social data as well as local knowledge and hard-won experience also play a critical role in crafting sustainable home-grown solutions to rising issues of crime and violence,” Mr. Cushing explained.

The Team Leader for CariSECURE, Paolo Del Mistro, emphasized the benefits afforded through the Project: “The CariSECURE Project will provide public institutions in St. Kitts and Nevis with the necessary tools to make evidence-informed decisions, and design policy and programming to address the underlying causes of violence and crime,” he said.

To date, eight of the ten countries with which the United States Government is partnering under its CariSECURE Project have launched National Task Forces and are prepared for the critical task at hand of reducing youth crime and violence through an evidence-based approach.