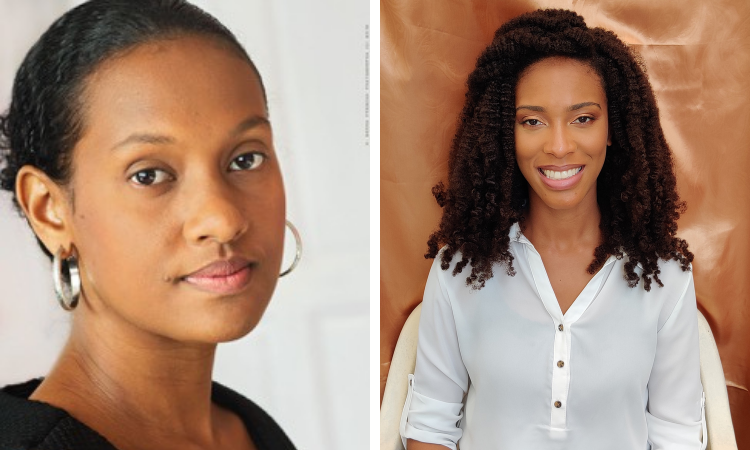 The U.S. Embassy to Barbados, the Eastern Caribbean, and the Organization of the Eastern Caribbean States is pleased to announce that two Saint Lucians, Crussie Moise and Virgil Bideau are currently in the United States pursuing graduate and post graduate studies, funded by the U.S. Government. Crussie and Bideau are recipients of the Fulbright Foreign Student and Fulbright LASPAU scholarships.

Moise is a former science, mathematics and food and nutrition teacher at the St. Joseph’s Convent Secondary School in Saint Lucia and was the recipient of a UWI Open Scholarship to the University of the West Indies St. Augustine Campus where she attained a First-Class Honors bachelor’s degree in human nutrition and dietetics. She is now pursuing graduate studies for a Traditional Program in Nutrition at the University of Illinois – Chicago.

Bideau, this year’s Fulbright LASPAU recipient, is a full-time pre-med lecturer at the Spartan Health University in Saint Lucia. In 2016, she completed a Master of Philosophy degree in Bio-Chemistry at the University of the West Indies, Cave Hill and has taught at the Spartan Health University from 2016 to the present. Bideau was accepted to complete post-graduate studies at the University of Texas-Health, San Antonio in Integrated Biomedical Sciences. The Fulbright LASPAU program is affiliated with Harvard University, administered by the Latin American Scholarship Program of American Universities (LASPAU), and is geared towards instructors at institutions of higher education.

The Fulbright program is the flagship international educational exchange program sponsored by the U.S. government, and is designed to increase mutual understanding between the people of the United States and the people of other countries. The Fulbright Foreign Student program enables graduate students, young professionals, and artists from abroad to research and study in the United States for one year or longer at U.S. universities or other appropriate institutions.