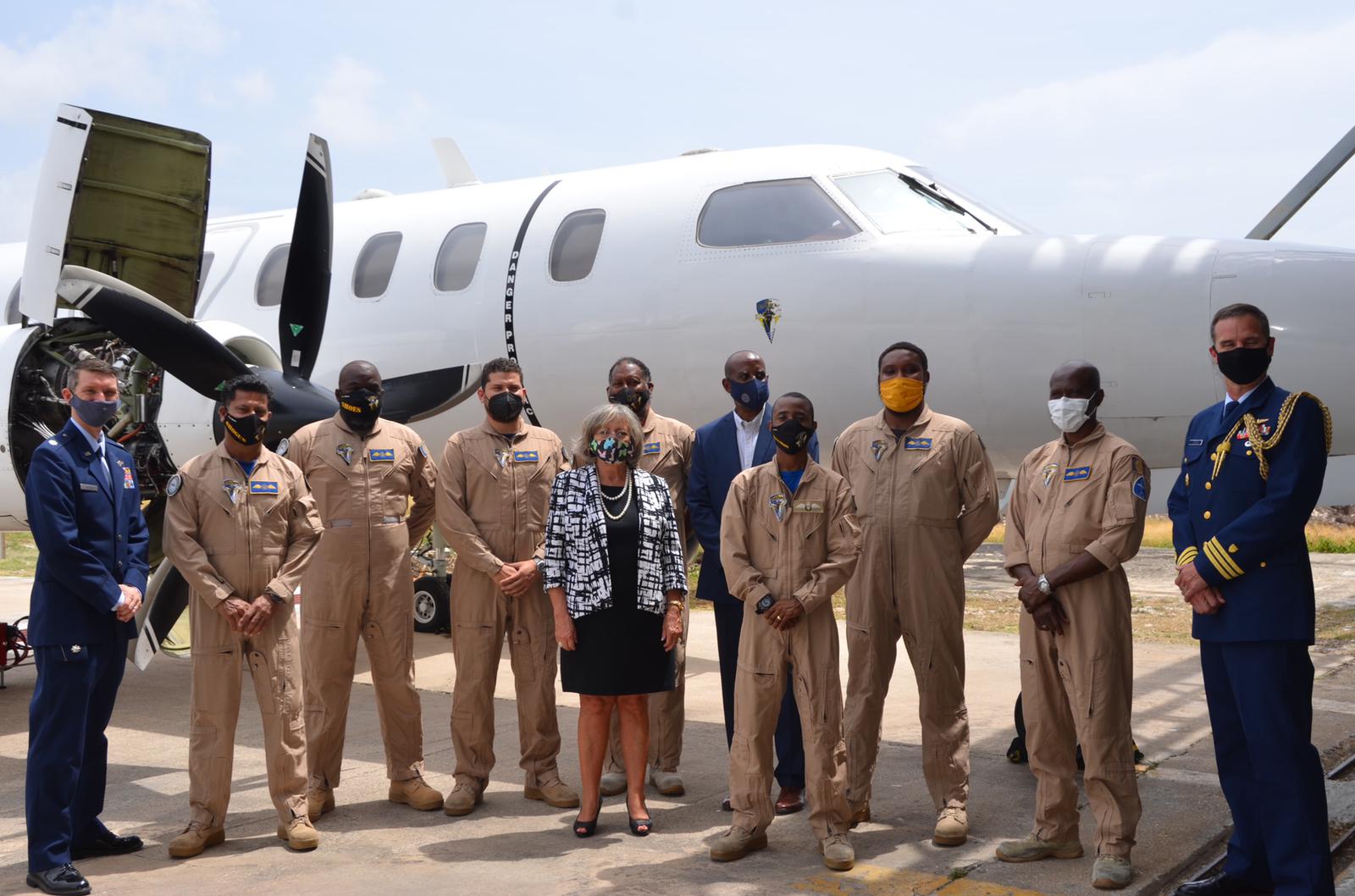 U.S. Ambassador to Barbados and the Eastern Caribbean Linda Taglialatela commended the RSS for its maintenance of the U.S. sponsored aircraft. She highlighted the important work the organization is carrying out in the region noting, “These aircraft have been used in support of the RSS Member States and the greater Caribbean region for thousands of missions related to counter-narcotics, disaster relief, search and rescue, fisheries and maritime pollution protection, and command and control.” She expressed support to all those affected by the eruption of La Soufrièr in St. Vincent this morning and offered words of confidence and well-wishes to the RSS in their role in response efforts. She added that the success of the RSS Air Wing reflects the U.S. commitment to the Eastern Caribbean and our partnership with CARICOM, the RSS, and the RSS Member States. The United States continues its longstanding partnership with the RSS Air Wing not only through donations such as these but through simulator training for pilots and regular visits by U.S. Air Force training teams as well.

During his remarks on behalf of the RSS, Captain Errington Shurland, Executive Director of the RSS said, “The RSS is very grateful for the continued support of one of our key partners, the Government of the United States of America as demonstrated by the donation of this spare engine. This engine will allow us to significantly reduce the on-ground time of our planes and permit us to meet our obligations to states in the region, particularly as we move much needed supplies, vaccines and medical personnel during the COVID-19 pandemic.”

The United States continues to build and support regional resilience and is pleased that this donation will enable the RSS to continue its regional missions of natural disaster response, as in 2017 with Hurricane Maria relief efforts in Dominica, and more recently, in transporting scientists from the UWI Seismic Centre in Trinidad and Tobago to Saint Vincent to monitor the La Soufrière volcano.