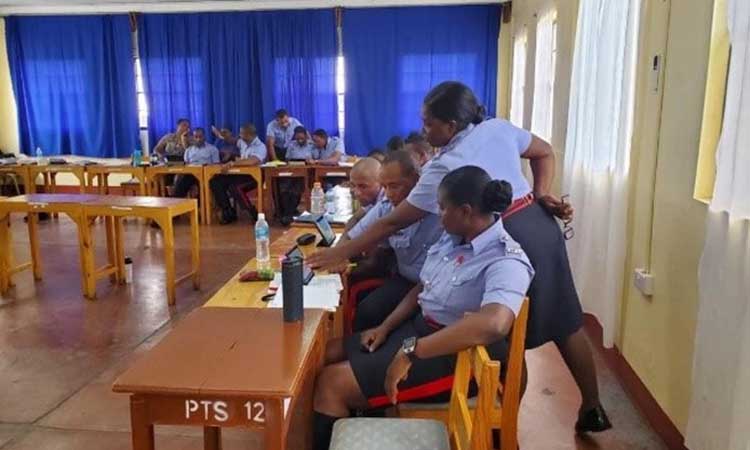 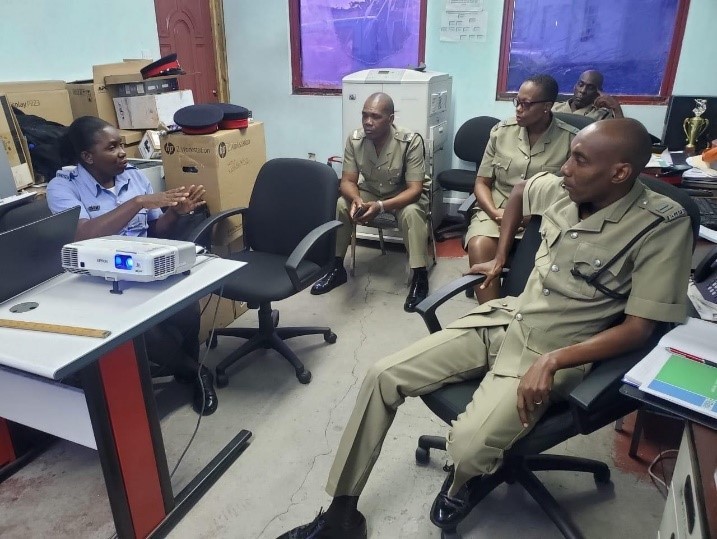 Members of the Royal Grenada Police Force at a training session for the Police Incident Form which was developed under the CariSECURE project.

On December 14, 2020, the Citizen Security in the Caribbean (CariSECURE) project and its software development team engaged stakeholders in a workshop geared at incorporating Police Force requirements into the development process for the Police Records Management Information System (PRMIS). This workshop, the second of two virtual sessions which commenced December 10, brought together readiness managers and police information technology personnel throughout the Eastern Caribbean.

CariSECURE is a five year project funded by the United States Agency for International Development (USAID) and implemented in partnership with the United Nations Development Program to improve youth crime and violence policy-making and programming in Antigua and Barbuda, Barbados, Grenada, the Republic of Guyana, Saint Kitts and Nevis, Saint Lucia, Saint Vincent and the Grenadines, and the Republic of Suriname through the use of quality, comparable, and reliable national citizen security information.

Recently as a part of CariSECURE, members of the Royal Grenada Police Force (R.G.P.F.) were trained in Crime Analysis. The training equipped the team with the requisite knowledge and skills to conduct several types of analyses, geared at influencing policy, enhancing crime management and improving the distribution of law enforcement resources.

In 2019, Grenada rolled out the Police Incident Form (PIF), developed under the CariSECURE project, to the island’s fourteen Police Stations, and it has begun to reap the rewards. PIF is a data collection tool which allows police officers to efficiently and effectively capture information when a crime/incident is being reported; such as details about the victim or suspect, modus operandi and other crime related contributing factors, and use those details to perform crime analyses. Armed with this knowledge, the team conducted an analysis on homicide on the island and presented the results to the R.G.P.F Executive Team, Heads of Division and Department of the Force in order to provide insightful recommendations which will positively influence decision making within the Force. The information gathered through the PIF was the main driving tool in this process.

Most recently, re-training with all stations and departments on PIF resulted in officers increasing their understanding and willingness to use the application daily. Grenada has also taken the opportunity to introduce PIF at their Police Training School. This holistic approach and inclusive training has resulted in significant acceptance of the technology-focused crime prevention national strategy.

The American people, through USAID, are partnering with the people of the Caribbean to move education, health, economic development, and prosperity forward, so they are able to have opportunities to better their lives and to promote stronger and safer communities. In the past five years alone, USAID has invested $650 million in the Caribbean region. The United States and the Caribbean are a community with many shared values and interests. Together, we can strengthen resilience to disasters, make communities more vibrant and expand economic opportunities in the Caribbean. We are neighbors, partners, and friends.