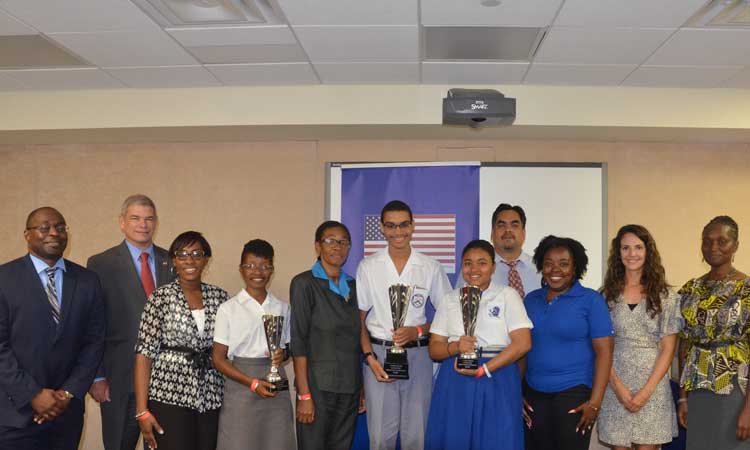 In his opening remarks, Deputy Chief of Mission of the U.S. Embassy to Barbados, Joaquin Monserrate gave the students some insight on the origins of Black History Month. He noted that speech and debate make up a vital part of America’s cultural fabric and highlighted the impressive legacy of powerful black orators in the United States, which goes back to the founding of the nation.

The winning school, Queen’s College received the top prize of an HP all-in-one computer. The top three students and supervising teachers received a prize package including a trophy, laptops, electronic tablets, Bluetooth speakers, and selected books on public speaking and great speeches in American and World History. The contest supported the U.S. Embassy’s goal of promoting education as a driver of sustainable economic growth, and as a means to foster innovation and empower youth.