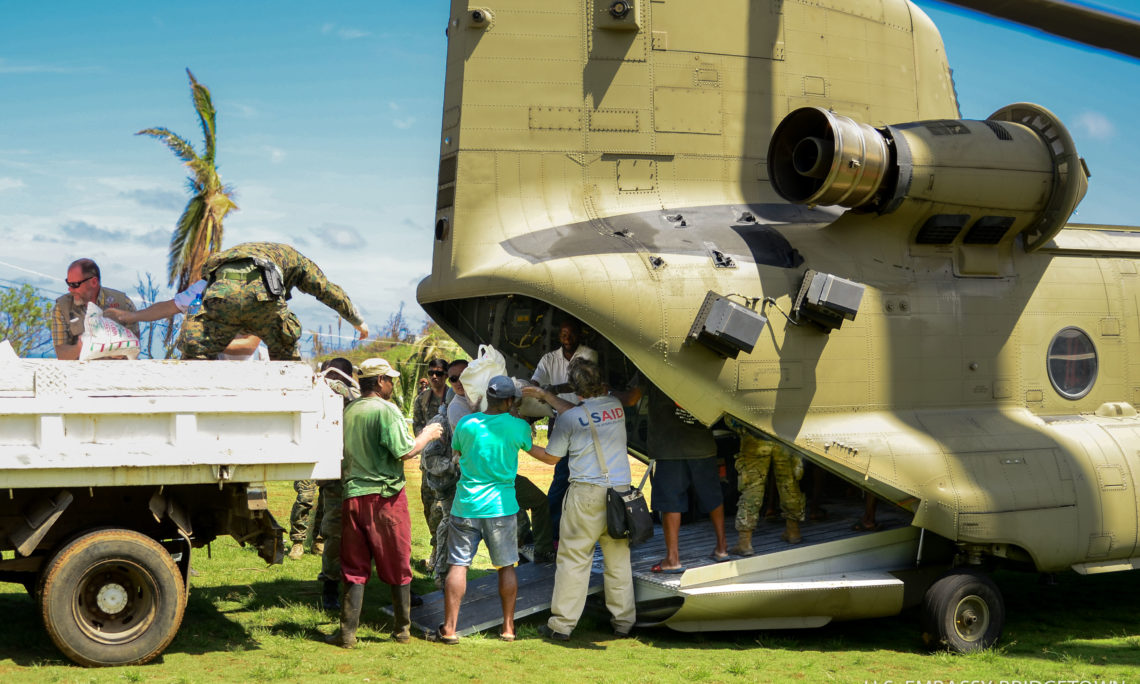 Embassy Bridgetown arranged a press tour to Dominica for three prominent regional TV stations (Antigua’s ABS, Barbados’s CBC, and St Lucia’s HTS). The journalists had the opportunity to see firsthand the range of USG efforts. They were given a briefing by USAID regarding their work on the ground in Dominica, which highlighted how they coordinated closely with local officials to determine where to concentrate their relief efforts. The press team then traveled to a village that belonged to the indigenous Kalinago people.

Soon after the team’s arrival, two Chinook helicopters landed in a cricket field where U.S. military, USAID’s Caribbean Hurricanes Disaster Assistance Response Team (DART), and locals together unloaded flour, rice, and personal hygiene supplies for delivery. The US Army Chinook also brought in a team from the World Health Organization/ Pan American Health Organization to participate in the relief efforts. Additionally, the press was able to interview the Chief of the Kalinago people and another representative of the Dominican government along with many locals who expressed their gratitude for U.S. relief efforts.