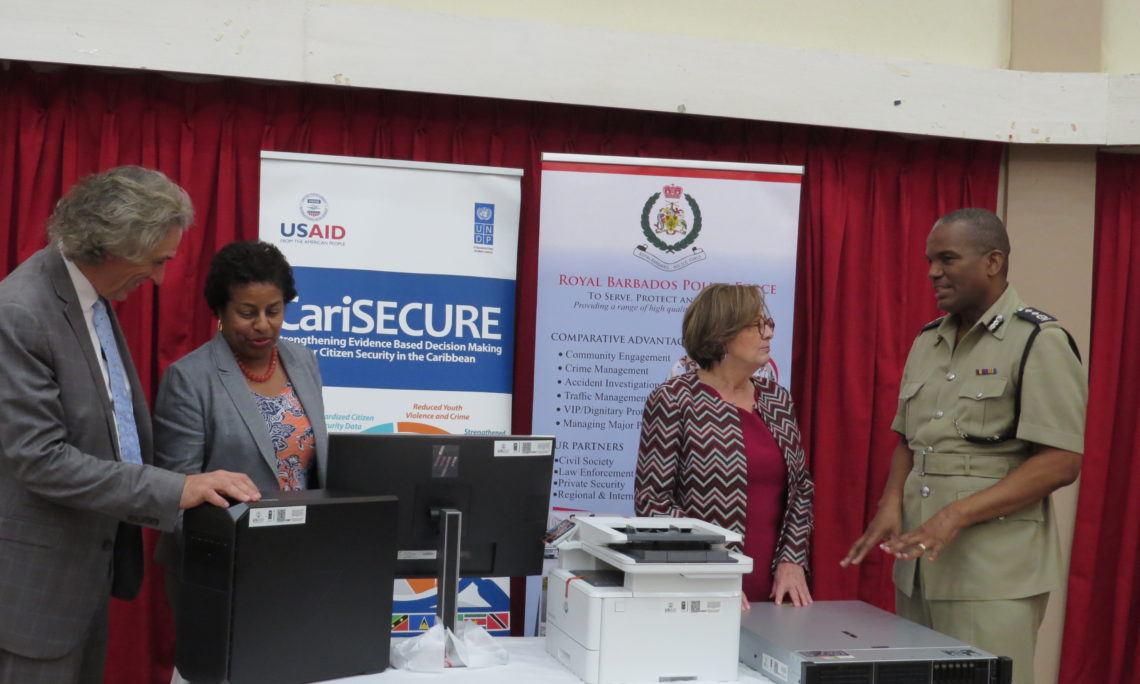 On June 27, the United States Government, in collaboration with the Government of Barbados, launched a Police Records Management Information System (PRMIS) that will help the Royal Barbados Police Force to improve citizen security data management, analysis, and monitoring. The PRMIS system, which will initially be piloted at two police stations and at the Central Police Headquarters, will ultimately strengthen police response to support crime reduction through measures such as geo-mapping crime and victim and offender profiling. The system, a key component of the United States Agency for International Development’s (USAID) CariSECURE project, supports the use of standardized crime and violence data to foster evidence-based policy and programing across nine eastern and southern Caribbean countries, including Barbados. Countries adopting the new system will benefit from customized software that allows for comparisons among countries and generates high quality data to support cohesive regional crime strategies and responses.

Addressing a ceremony to launch the PRMIS, US Ambassador to Barbados, the Eastern Caribbean and the OECS, Linda Taglialatela, said for many criminal justice practitioners, the lack of access to reliable, accurate and timely data hinders the evidence-based decision-making process needed to successfully fight crime. Commending the Barbados Government and the Royal Barbados Police Force on this important milestone, she added, “Through this system the Barbados Police Force will gain vital intelligence on crime hot spots and persons of interest. This application will also facilitate easy sharing of crime data among key agencies within the justice system, leading to enhanced coordination and greater efficiency in crime prevention and response.” Phase I of the PRMIS will allow the Government of Barbados to evaluate the system’s effectiveness, with a view to roll it out across all police stations. CariSECURE is a component of USAID’s wider Youth Empowerment Services (YES) Project, and it is implemented in partnership with the United Nations Development program (UNDP).