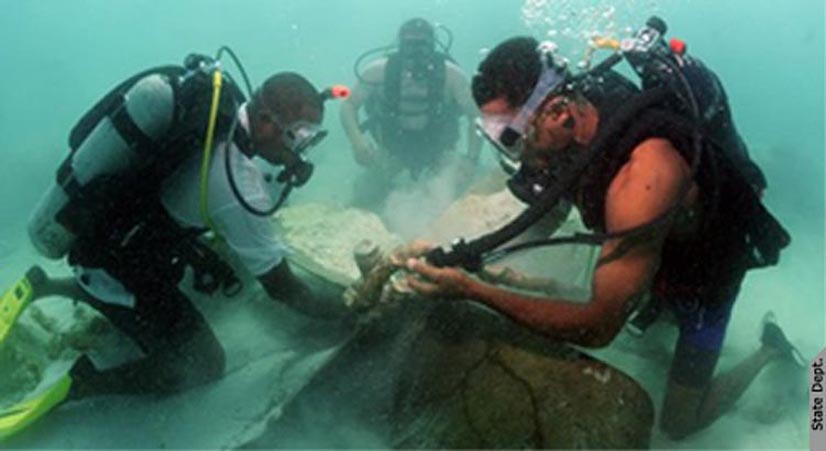 The United States and the nations of the Eastern Caribbean are partnering to combat the drug trade and other transnational crime that threatens regional security. This shared security partnership fulfills a commitment to deepen regional security cooperation that President Barack Obama made at the Fifth Summit of the Americas, held in Port of Spain, Trinidad in April 2009. All U.S. international security assistance is carefully coordinated to ensure that policy objectives support U.S. foreign policy goals of promoting democracy and protecting human rights

The Caribbean region, being a major transit corridor for illicit drugs, has drawn the attention and efforts of multiple agencies in the United States. Each cooperates to support Caribbean governments to:

Under the President’s Caribbean Basin Security Initiative, more than US$139million has already been provided to the region.

Through this multi-faceted response, the United States develops and synchronizes drug and crime assistance with the collaboration of: