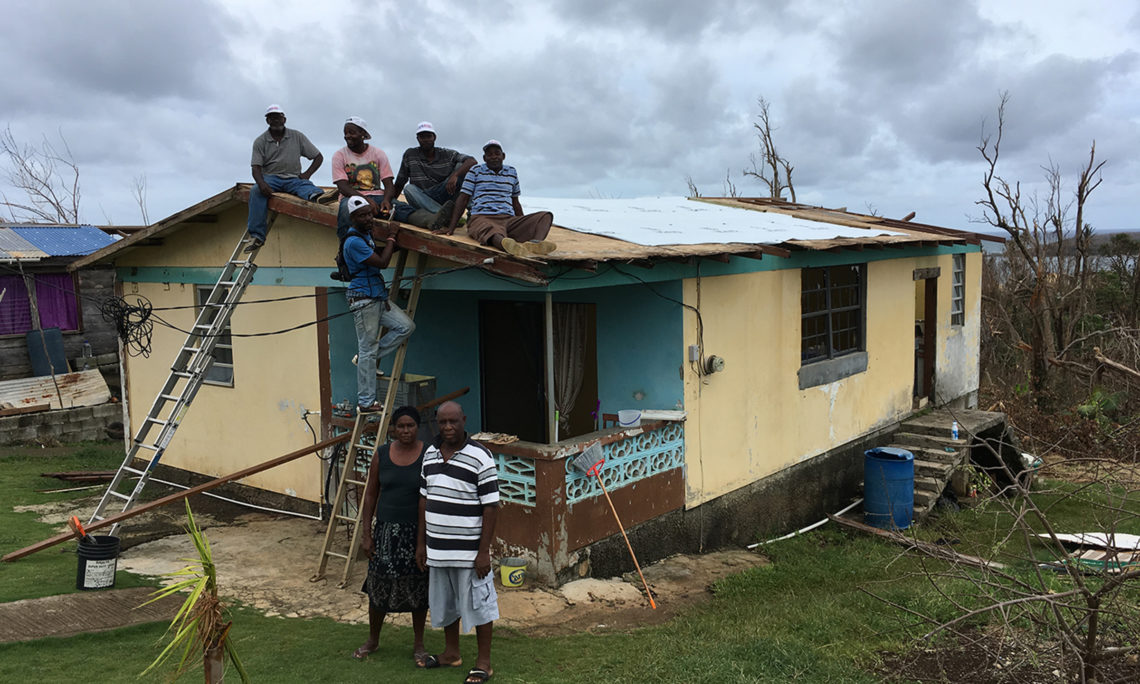 On the night of September 18, Hurricane Maria struck the eastern Caribbean island of Dominica as a Category 5 storm.  Maria’s relentless rains and winds devastated the country, killing at least 27 people and affecting all 71,000 island residents.

In the northern village of Calibishie, winds exceeding 160 miles per hour ripped the roof off the Edwards’ family home.  While the hurricane raged, the Edwards family sought shelter at a neighbor’s house.  The next morning, the family returned home to find most of their belongings destroyed and much of their roof missing—a fate shared by the majority of Dominica’s residents.

Working with U.S. Department of Defense’s Southern Command, the DART rapidly delivered the plastic sheeting to thousands of families in need in Dominica, like the Edwards.  The DART also trained a team of local builders to accompany the distributions and demonstrate to community members how to affix the material to their damaged roofs properly, such as by bending protruding nail points under their wooden straps and using washers to avoid tearing the sheeting.

With the USAID plastic sheeting and installation support they received, the Edwards repaired their roof and were able to return home, where they now have one large, dry room in which to sleep, eat, and store their assets.  Mrs. Edwards happily joked, “Now I won’t have to use an umbrella in my living room!”