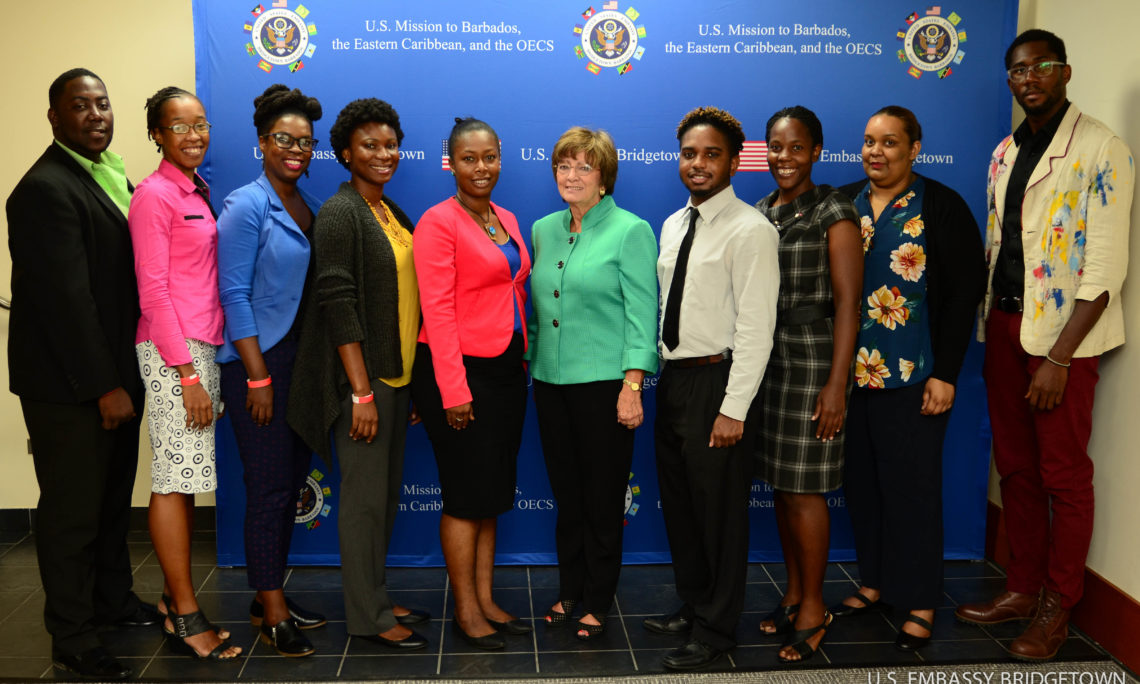 YLAI empowers entrepreneurs and civil society leaders to strengthen their capacity to launch their entrepreneurial ideas and effectively contribute to economic development in their communities. Janese Henderson and Elijah James from Antigua and Barbuda; Khala Hurdle and Paul Husbands from Barbados; Avena Prince and Eber Ravariere from Dominica; Teddy Frederick, Carlene Perryman, and Tamara Prosper from Grenada; Akila S. Henry and Tito Chapman from St. Kitts and Nevis; Sacha Harris and Michelle Samuel from St. Lucia, and Jeneille Lewis from St. Vincent and the Grenadines, travelled to the United States to participate in the U.S. Department of State’s Young Leaders of the Americas Initiative (YLAI) Professional Fellows Program . They will take part in a five-week program from October 3 until November 9.

The fourteen entrepreneurs joined their Caribbean and Latin American counterparts with the goal of expanding their leadership and entrepreneurial experience through fellowships at businesses and civil society organizations across the United States. YLAI Fellows will build networks and lasting partnerships to attract investments and support for their entrepreneurial ventures.