Emergency Information for American Citizens
PreviousNext
Expired Passport Information
After June 30, 2022, U.S. citizens who are overseas and planning to return to the United States will no longer be able to use an expired U.S. passport to enter the United States.
COVID Testing Requirements
Air travelers to the United States no longer need to show proof of a negative COVID-19 test for entry.
Alerts for U.S. Citizens
Read alerts for U.S. Citizens
Emergency Assistance
Local Emergency Information and Contacts
Visit Travel.State.gov for More Information
PreviousNext
Diplomatic Corps toast to Barbados’ Independence and Transition to a Parliamentary Republic
By missionbb
3 MINUTE READ 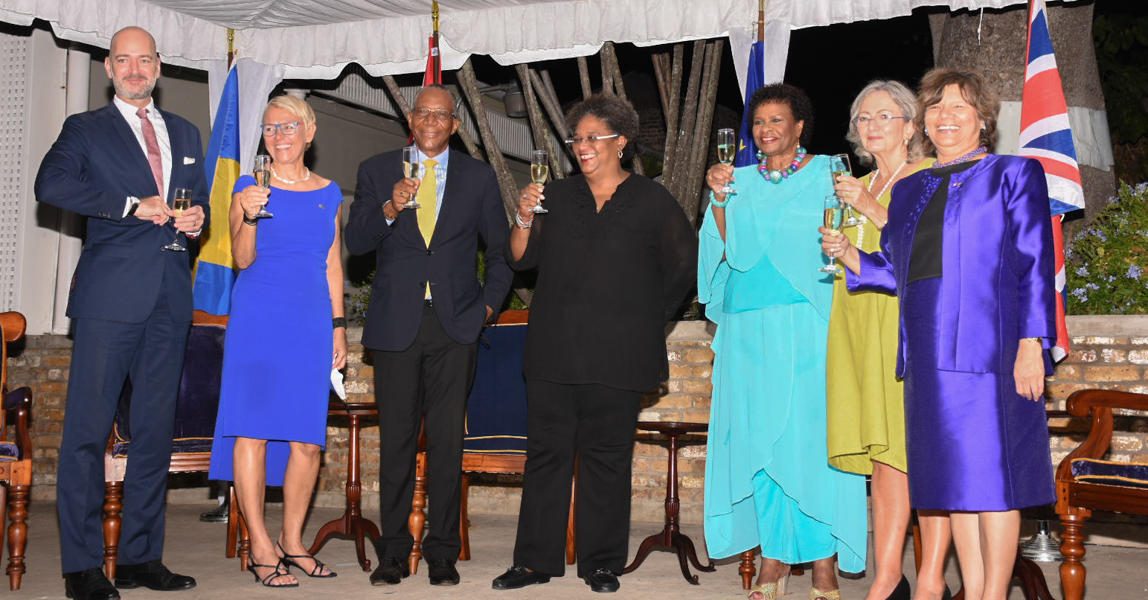 BRIDGETOWN, Barbados (2nd December 2021) – Members of the diplomatic corps proudly displayed Barbados’ national colours on Wednesday, December 1st, as the High Commission of Canada, the Delegation of the European Union, the British High Commission and the Embassy of the United States of America hosted a cocktail reception to commemorate Barbados’ 55th anniversary of Independence and the country’s transition to a Parliamentary Republic.

Specially-invited guests, including the President of Barbados, H.E. the Most Honourable Dame Sandra Mason and Prime Minister, the Honourable Mia Amor Mottley, joined members of the diplomatic corps, visiting dignitaries, local business leaders and other senior government officials at the Barbados Museum and Historical Society for the event, held in accordance with the local government’s COVID-19 protocols for safe zones.

The jointly hosted reception provided an opportunity for Canada, the European Union, the United Kingdom and the United States to reaffirm their valued relationship with the people and Government of Barbados, and mark a most historic occasion for the country. As Barbados attains Republic status, Canada, the EU, the UK and the US remain committed partners bound by shared democratic principles, enduring people-to-people ties, and close collaboration at the multilateral level to address urgent global issues such as climate change and the COVID-19 pandemic.