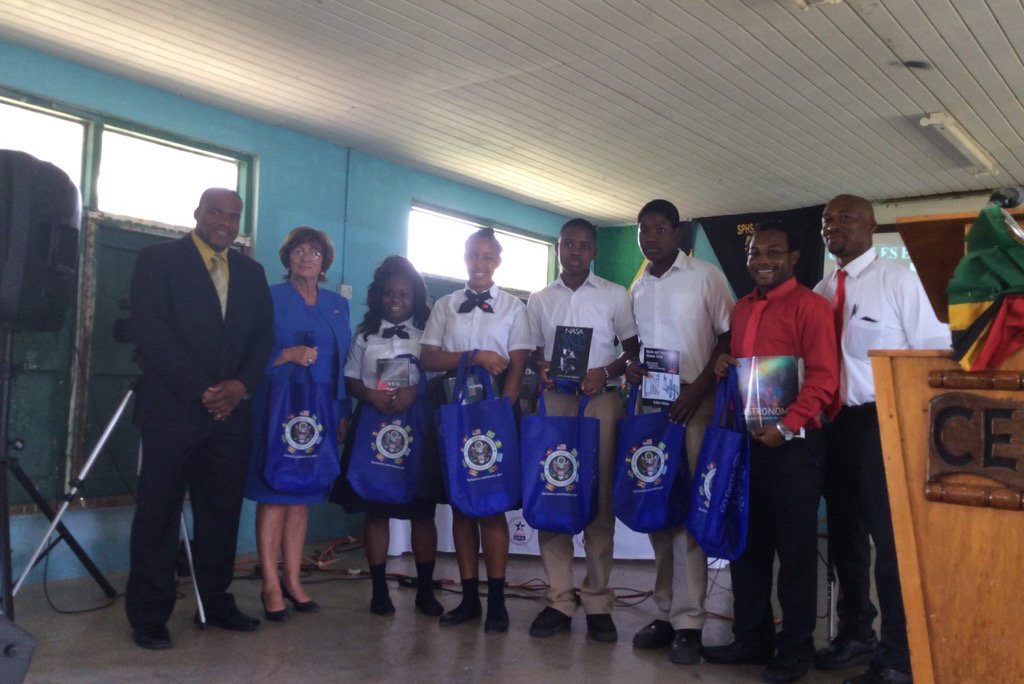 U.S. Embassy Bridgetown is pleased to announce that the winner of its STEM Video Competition in St. Kitts and Nevis is Charles E. Mills Secondary School.

The contest, which was open to all secondary school students in St. Kitts and Nevis over the age of 13, required students to produce a short video explaining why STEM — science, technology, engineering and math — is important in their community. The contest supported the U.S. Embassy’s goal of promoting STEM education as a driver of sustainable economic growth, and as a means to foster innovation and empower youth.

A group of four Charles E. Mills Secondary School students from third, fourth, and fifth form, supervised by teacher Attilla Arthur, beat out several other schools from across St. Kitts. The group won the competition by cleverly demonstrating how STEM could be used to create a natural mosquito repellent using thyme and lemongrass.

U.S. Ambassador to Barbados, the Eastern Caribbean, and the OECS Linda Taglialatela congratulated the winning students during a ceremony at Charles E. Mills Secondary School on May 31. The Ambassador presented a grand prize package including a Celestron telescope, books, and other STEM-themed items to the school’s science department.

“We are thrilled that we received so many thoughtful and creative entries,” said Ambassador Taglialatela. “I am continually amazed by the talent and creativity of students in St. Kitts and Nevis, and across the Eastern Caribbean. They showed us why STEM is important in their lives and to their futures, and that makes the Embassy’s ongoing commitment to STEM education feel even more worthwhile.”