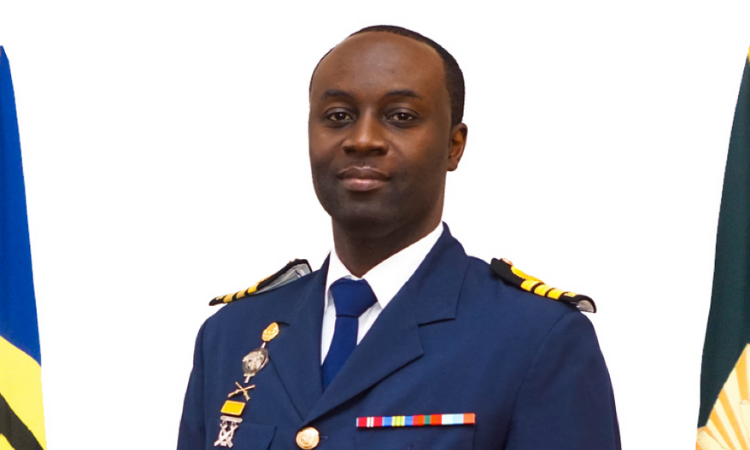 “I, along with all officers, Warrant officers, Enlisted Ranks and civilian staff of the Barbados Defence Force, wish to extend sincere congratulations to Commander Mark Peterson on his latest achievement of professional military career development,” said Col. Glyne Grannum, Chief of Staff, Barbados Defence Force. “We are all encouraged by his determination, on his attendance at what has been a challenging yet rewarding course of study.”

During a ceremony on 11 June, broadcast virtually due to COVID-19 restrictions, Peterson joined 112 other international officers to pin on the Command and General Staff College International Graduate Badge, marking his official graduation from the course. Upon graduating, Commander Peterson became the fourth graduate from the Barbados Defence Force since the school first accepted international students.

“This program enables rising leaders, like Commander Peterson, an opportunity to further their professional military development and continue to positively impact the Barbados Defence Force. It facilitates a mutual understanding of values, doctrine, and culture while allowing us to operate more effectively together,” said U.S. Coast Guard Commander Steve Charnon, Senior Defense Official at the U.S. Embassy in Bridgetown, Barbados. “The program is one part of the United States’ longstanding support for our regional neighbors and partners.”

After first taking a flight from the United States to Antigua, Commander Peterson will return to Barbados on June 26th with the support of the RSS.

Administered by the U.S. Department of Defense, the IMET program ensures that military members of U.S. partners have the opportunity to augment their professional military education at the U.S. military’s premier training sites. With course offerings ranging from technical classes to professional development and tactical training, over 60 Soldiers, Coast Guardsmen and police officers from the Eastern Caribbean have taken utilized the program in 2019 – 2020 alone.