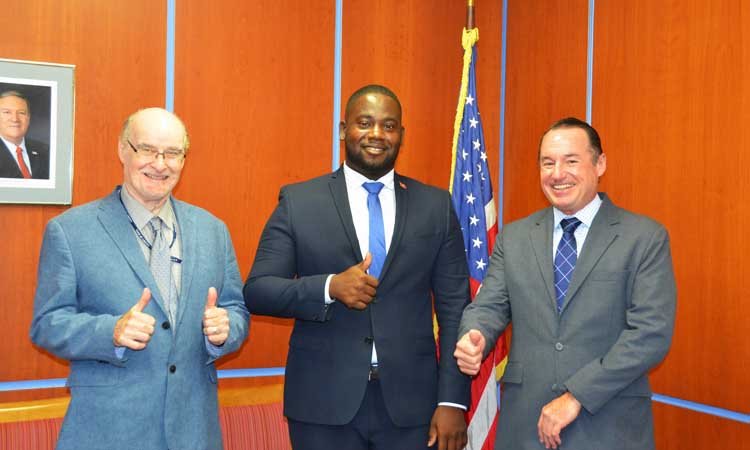 Kendra Beazer is currently in the United States participating on the U.S. Department of State’s International Visitor Leadership Program (IVLP). He is taking part in a three-week project on “Transparency and Accountability in Government” from August 5 to August 23. Beazer was elected as an Elected Representative of the Barbuda Council in March 2017 and is responsible for monitoring the budget and conceptualizing initiatives of the Council. He is a committed and tireless proponent of improving the lives of his fellow citizens, especially in the wake of the widespread devastation caused by Hurricane Irma in 2017.

During the program, he and other participants will enhance understanding of the underlying principles of ethical systems for accountability in government and business in the United States; address international efforts to strengthen the integrity of governments and businesses; and examine the effect of transparency on trade, investment, and economic development.

The International Visitor Leadership Program (IVLP) is the Department of State’s premier professional exchange program. The program brings together emerging leaders in their respective professions to learn from how U.S. experts in this profession operate, and to share best practices with the other program fellows who hail from the same region and across the globe.