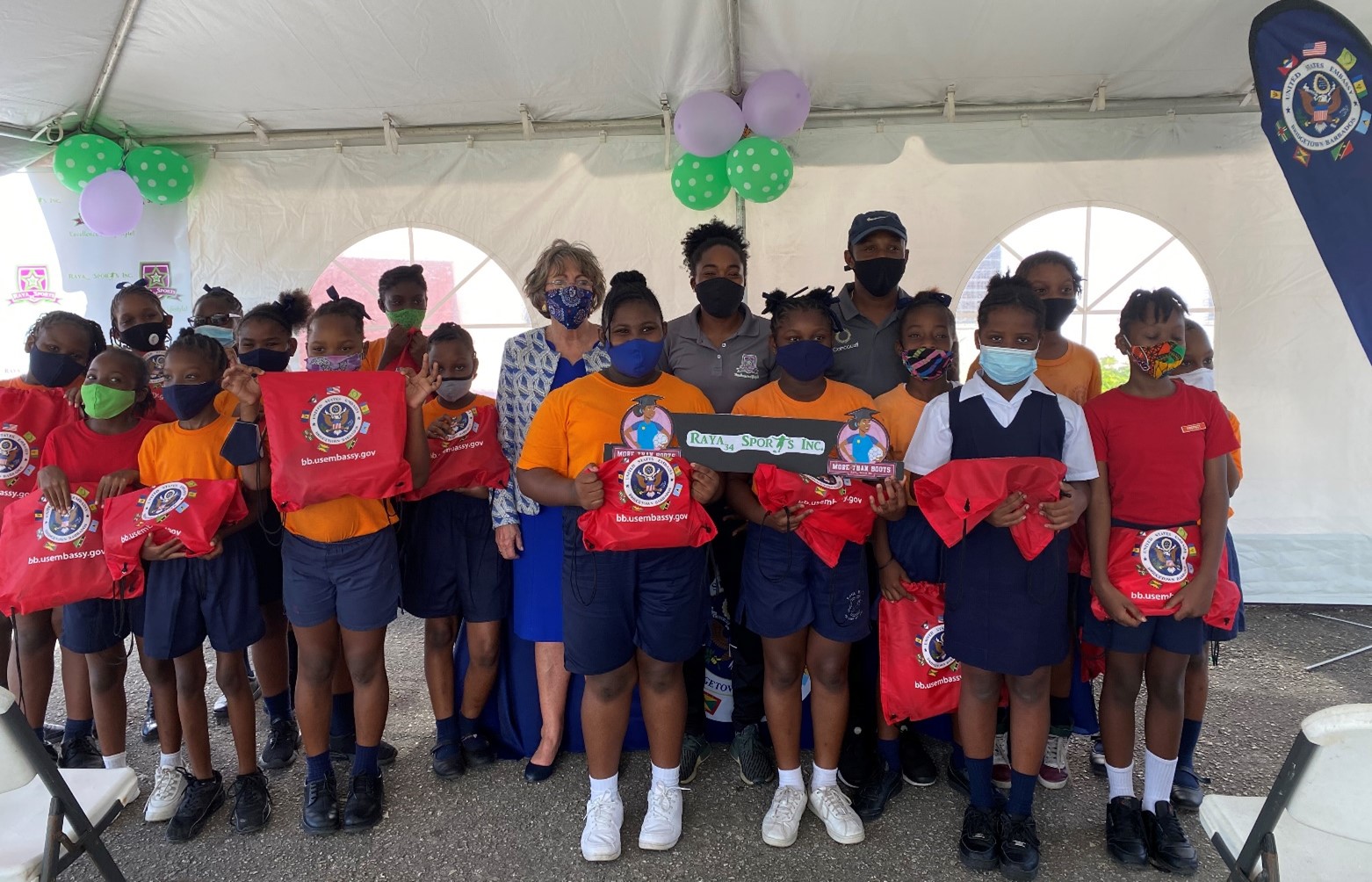 On Wednesday, November 25, local NGO Raya34Sports launched its “More than Boots” football clinic for more than 65 girls in 7 primary schools across Barbados. The ceremony, which took place in front of the Mount of Praise Wesleyan Holiness Church in Tudor Bridge, St. Michael, featured U.S. Ambassador Linda Taglialatela and Barbados Olympic Association Director Ytannia Wiggins. The U.S. Embassy donated $US 7,500 so that Raya34Sports can provide 100 soccer shoes to 100 girls, ages 6 – 11 years.

Ms. Toppin-Herbert started playing football at the age of six, won several scholarships to play in the United States, and even played on for the NCAA Division 1 football team for Purdue University in Indiana. After returning to Barbados in 2018, she founded Raya34Sports to empower and develop children and young adults through football. During the ceremony, she explained that she named the football program More than Boots because “ultimately we are giving these children more than boots—we’re teaching them how to have a healthy lifestyle, how to have self-confidence, and how to work as a team.”

Ambassador Taglialatela also wholeheartedly supported Raya34Sports’ initiative. “This is not just a sports program—it is a program about life and what you can do with your life,” she said in front of an audience of students, coaches, and teachers. “You have to excel at school to get into a good college… but the one thing that will make you stand out is that you excelled at a sport. So I want to commend each of you for being a part of this program.”