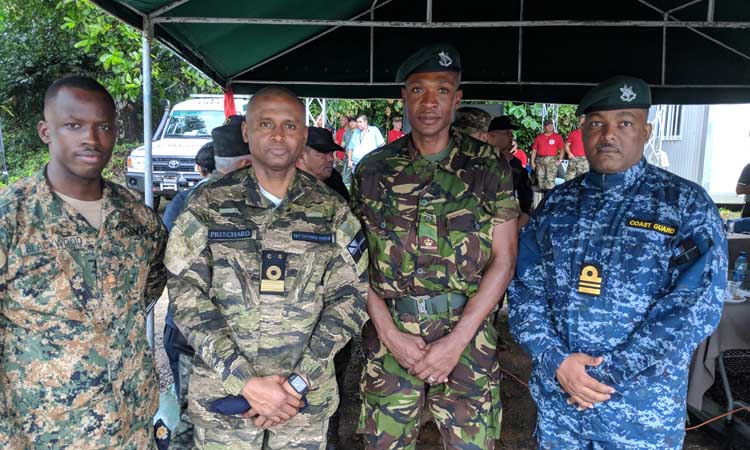 Members of the Barbados Defense Force attended the Distinguished Visitors Program at Fuerzas Commando 2018 held in Panama in July. The annual exercise, sponsored by United States Southern Command,consists of a skills competition between military and police Special Operations teams from around the Western Hemisphere. The event was hosted by Panama July 16 – 26. About 700 security forces personnel from 19 countries took part in the challenging contest, which promotes military-to-military relationships, increases training knowledge and improves regional security. As participants in the Distinguished Visitor’s program, Maj Cedric Proverbs of the Barbados Regiment, and Lt Cdr Graham Rocheford of the Barbados Coast Guard, had the opportunity to observe the exercise and exchange information and ideas with fellow military officers and police from around the region. The engagement highlights the importance and relevance of the United States’ enduring security partnership with Barbados and countries throughout the hemisphere.