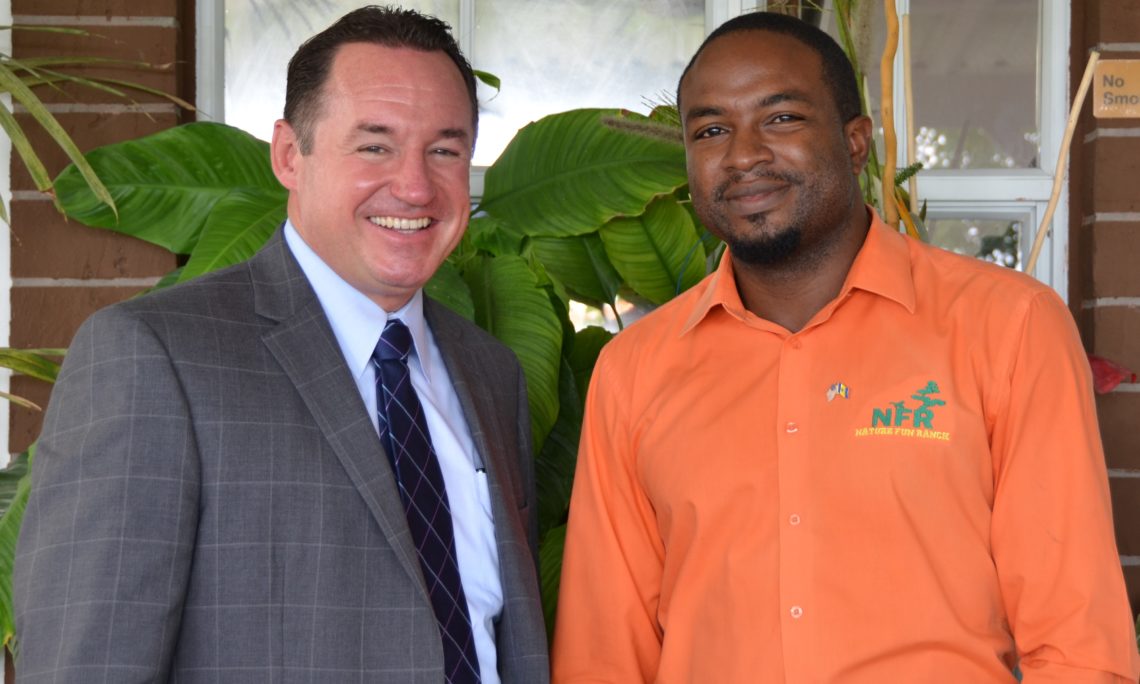 Corey Lane is currently in the United Sates participating in the U.S. Department of State’s International Visitor Leadership Program (IVLP). He is taking part in a three-week project on “Non-governmental Organizations (NGO) Management” from September 10 to September 28.

Corey is the founder of the NGO, Nature Fun Ranch, which is a community charity that uses agriculture, equestrian activities and other educational endeavors to help positively influence young people and community members. Mr. Lane provides administrative and operational oversight as well as supervision of the activities and personnel at the Fun Ranch.

During the program, participants will examine the role of the nonprofit sector in U.S. society and the ways that non-governmental organizations (NGOs) promote an educated, engaged civil society which is a cornerstone of democracy. This three-week project will allow participants to explore innovative nonprofit management strategies, including strategic planning, use of social media and new technologies, fundraising, board development, and the effective use of volunteers.

Corey will join his counterparts from several other countries, including South Africa, Jordan, Afghanistan, Mozambique and Nepal.

The program began on September 10 in Washington, D.C. and Corey will also travel to other cities across the United States including New Orleans, Louisiana and Rapid City, South Dakota. The program ends in Philadelphia, Pennsylvania, on September 28.

Caption: Corey Lane (right) poses with U.S. Deputy Chief of Mission to Barbados, the Eastern Caribbean, and the OECS, Joaquin Monserrate before he departed on his IVLP program on “Non-governmental Organization (NGO) Management.”