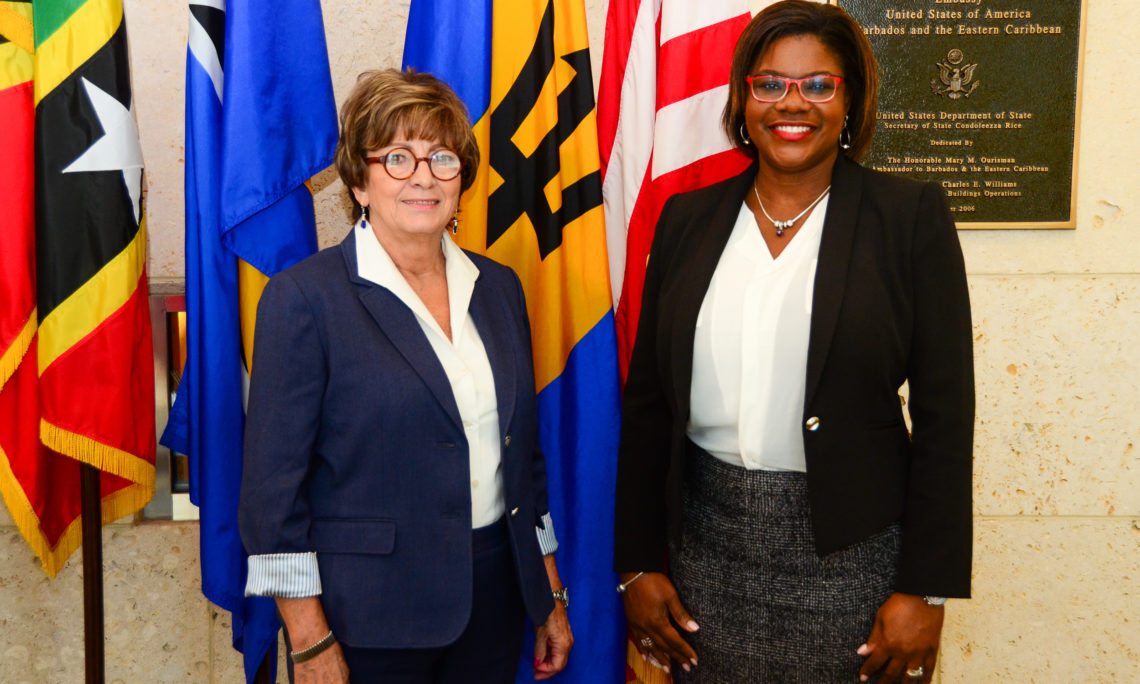 Lisa Gale, Managing Director/Lead Consultant of Lisa Gale Consulting, which is an international trade and management consulting firm, is currently in the United States participating in the U.S. Department of State’s International Visitor Leadership Program (IVLP). She is taking part in a three-week project on “Women and Entrepreneurship II” from April 9 to 27.

Up until March last year, Mrs. Gale served as Executive Director of the Barbados Chamber of Commerce and Industry (BCCI) for seven years where she spearheaded the BCCI’s efforts to advance private sector interests leading to increased business facilitation, member development, and brought attention to improved national competitiveness. She was the first female to hold this position at the institution.

During the program, participants will interact with public, private, academic, and grassroots organizations to learn about the impact of women-owned businesses on the U.S. economy, and explore the progress of women in participating more fully in the global economy.  The participants will examine examples of entrepreneurial efforts in the United States, particularly those initiated by women; explore the essential role of non-governmental and grassroots organizations in supporting and empowering the development of women-owned businesses; explore the social, economic, and political factors that influence the development of private enterprise in the United States. The cohort will also examine strategies for job creation; discuss societal barriers facing entrepreneurs, especially women and other disadvantaged groups; and explore various business models, support mechanisms, and innovations such as micro-lending, multi-level marketing, the use of the internet, mentoring programs and others.