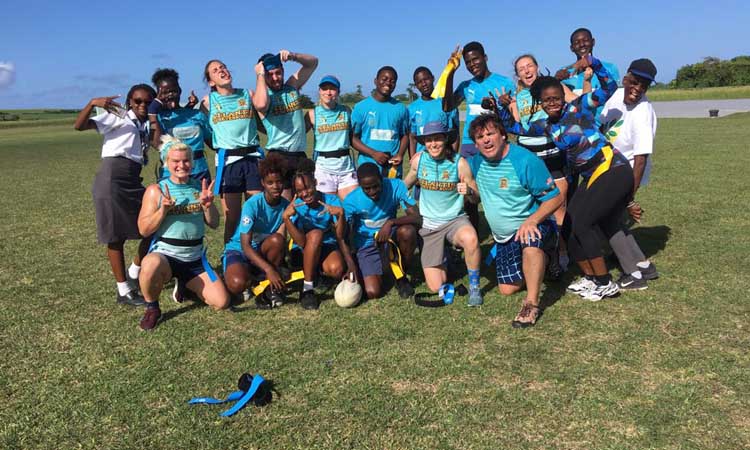 The Atlantis Women Rugby Team hosted a free rugby clinic for local rugby players on Friday December 7, 2018 at the Lodge School, Society, St. John, Barbados. The session was conducted by Coach Chris Ryan and members of the team.  The clinic was coordinated by the United States Embassy Bridgetown, which partnered with the Barbados Rugby Football Union to identify local rugby players to participate in the clinic.

Deputy Chief of Mission of the U.S. Embassy to Barbados, the Eastern Caribbean and the OECS, Joaquin Monserrate, paid a visit to the clinic and met with members of the team and the student-athletes who were present. He said the U.S. Embassy Bridgetown recognizes the importance of sports in the lives of our youth.  He reminded the students that participation in sports promotes healthy lifestyles and fosters sportsmanlike and team building attributes. He also expressed his thanks to the Barbados Rugby Football Union for assisting in organizing the clinic.

The Atlantis Rugby Team is part of the Atlantis Rugby Corporation, which is a registered nonprofit organization dedicated to the growth and development of boys and girls high school and the 7s version of rugby in the United States, while promoting an atmosphere consistent with the values of the game.  The Atlantis Women Rugby Team is in Barbados to participate in the Mitsubishi Electric Rugby Barbados World 7s which was held on December 8 and 9 at Kensington Oval.