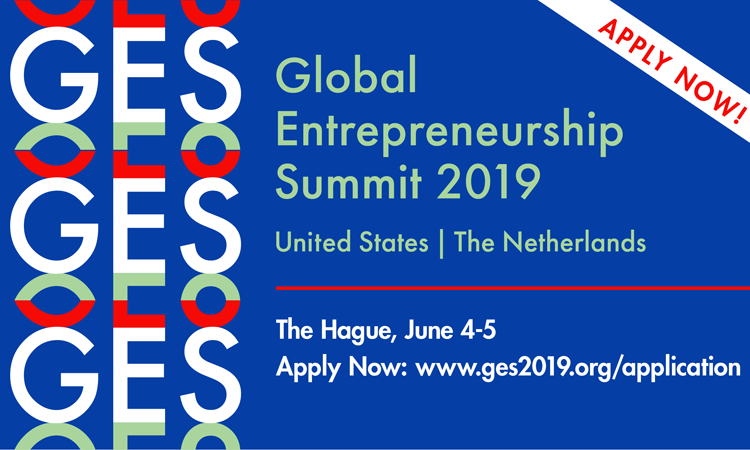 The Global Entrepreneurship Summit (GES) is the preeminent annual gathering that convenes entrepreneurs, investors, and their supporters globally.

An estimated 20,000 emerging leaders have participated in Global Entrepreneurship Summits since 2010. At previous GES summits, governments and the private sector have committed to provide over $1 billion in new capital to entrepreneurs worldwide.

On November 15, 2018, the U.S. and the Netherlands officially launched the upcoming 2019 Global Entrepreneurship Summit, which is scheduled to be held in The Hague, Netherlands on June 4-5, 2019.

As previously announced by President Donald J. Trump and Prime Minister Mark Rutte in July, the ninth annual GES will underscore the commitment by both countries to entrepreneurship and innovation.

The launch kick-starts the “Road to GES” events, taking place in both the Netherlands and the United States.

Secretary Pompeo will lead the U.S. delegation to the 2019 summit, which will focus on areas including health, energy, agriculture, water, and IT connectivity.

During the two-day program, established entrepreneurs can seek funding from investors and scale their business globally. Entrepreneurs interested in participating in the event are invited to submit applications electronically beginning on the website www.GES2019.org.