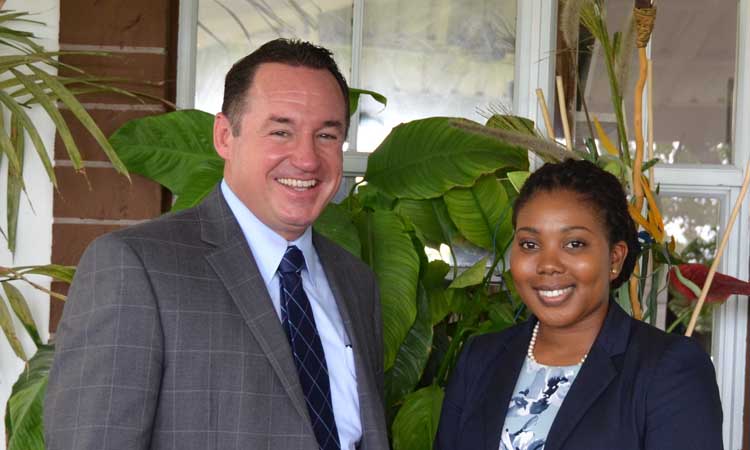 Farmala Jacobs (right) poses with U.S. Deputy Chief of Mission to Barbados, the Eastern Caribbean, and the OECS, Joaquin Monserrate before she departed on her IVLP program on “U.S. State and Local Government.”

Farmala Jacobs is currently in the United Sates participating in the U.S. Department of State’s International Visitor Leadership Program (IVLP). She is taking part in a three-week project on “U.S. State and Local Government” from September 10 to September 28.

During the program, participants will be introduced to the structures and functions of the U.S. federal system of government, with emphasis on the division of authority and responsibility among federal, state and local governments. This three-week project will demonstrate successful models of cooperation among state and local governments, non-governmental organizations, community organizations, and the business sector.

The program began on September 10 in Washington, D.C. and Farmala will travel to other cities across the United States including Annapolis, Maryland; Freeport, Illinois and Somerset, Kentucky. The program ends in Pensacola, Florida, on September 28.

The International Visitor Leadership Program (IVLP) is the Department of State’s premier professional exchange program. The program brings together emerging leaders in their respective professions to learn from how U.S. experts in this profession operate, and to share best practices with the other program fellows who hail from the same region and across the globe.