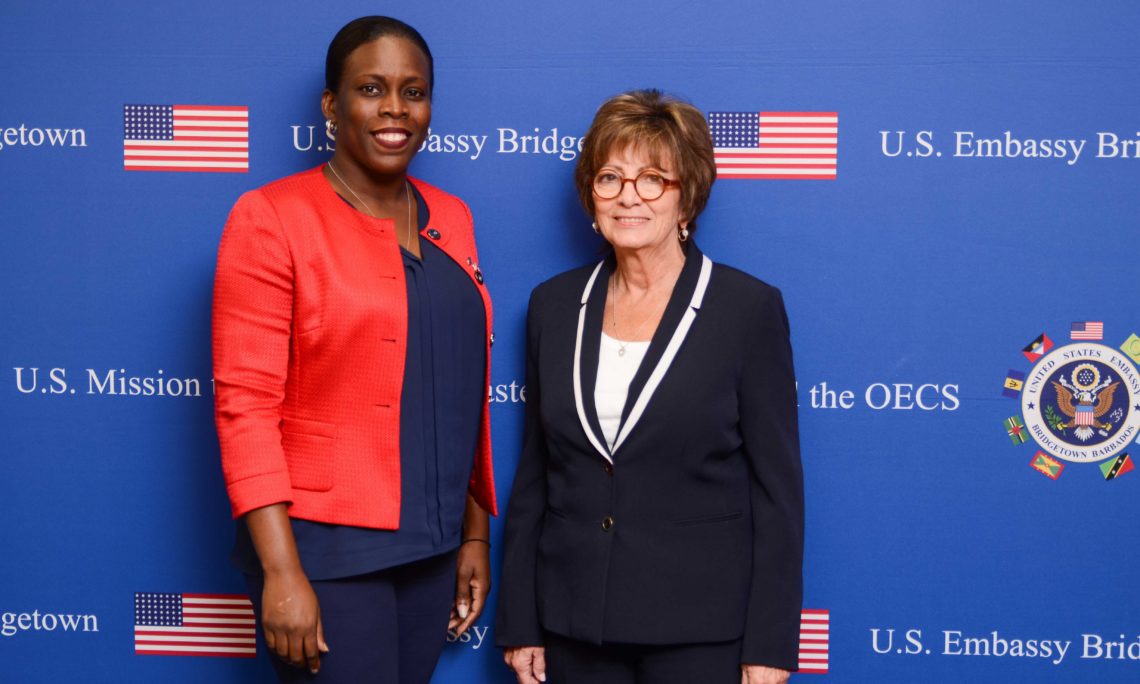 Marcia Edwards (left), poses with U.S. Ambassador to Barbados, the Eastern Caribbean, and the OECS Linda Taglialatela before departing on the U.S. Department of State’s International Visitor Leadership Program.

The manager of the Counter Narcotics Operational Team in the Office of National Drug and Money Laundering Control Policy (ONDCP) in Antigua and Barbuda, Marcia Edwards, is traveling to the United States to participate in the U.S. Department of State’s International Visitor Leadership Program (IVLP). She will take part in a three-week project on “Community Responsiveness — Leadership in Law Enforcement” from February 27 until March 17.

The program begins on February 27 in Washington, D.C., and includes travel to at least four cities across the United States, including Baltimore, Maryland; Seattle, Washington, Orlando, Florida; and Reno, Nevada. It ends in New York City, New York.