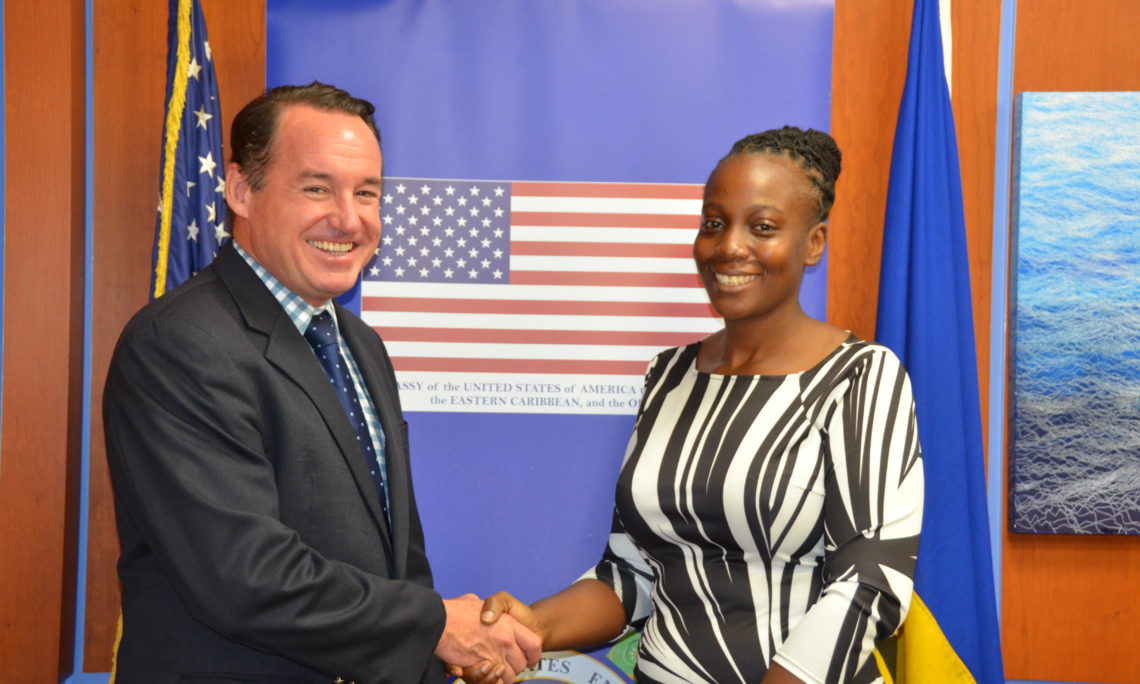 Theresa Gordon-Goodwin, a senior journalist and radio news producer at NewsCo Limited (OBSERVER) in Antigua and Barbuda, is currently in the United States participating on the U.S. Department of State’s International Visitor Leadership Program (IVLP). She is taking part in a three-week project on “Edward R. Murrow Program for Journalists” from August 26 to September 13. The IVLP is the Department of State’s premier professional exchange program which brings together emerging leaders in their respective professions to learn from how U.S. experts in this profession operate, and to share best practices with the other program fellows.

In her role at the Antigua Observer, Mrs. Goodwin publishes several stories to the online newspaper as well as coordinates the reporting schedules of the newsroom team in order to ensure the timely and accurate production of the hourly radio news broadcasts. During the IVLP program, she and other participants will explore the crucial role of responsibility and accuracy in reporting in a democracy. Participants will also examine the efforts of fact checking groups, and demonstrate the influence of social media and digital technologies on how citizens use and share information.