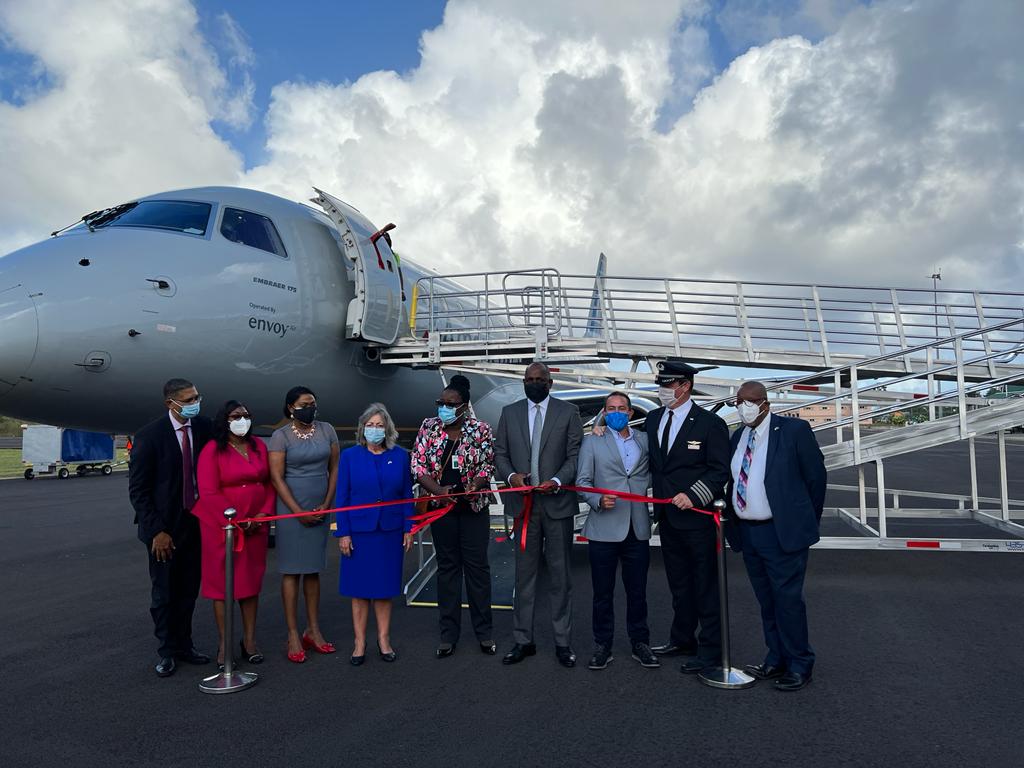 On Wednesday, December 8, U.S. Ambassador to Dominica, the Eastern Caribbean and the O.E.C.S, Linda S. Taglialatela attended the arrival ceremony for American Airlines’ inaugural flight from Miami, Florida to Dominica.

The new American Airlines flights will operate three times weekly and will be the only nonstop link from the United States to Dominica. Prime Minister Roosevelt Skerrit and Minister of Tourism Denise Charles were also in attendance at the arrival ceremony at Douglas-Charles International Airport.

During her remarks, Ambassador Taglialatela described the new flight as a bridge between the United States and Dominica. She added, “This is a bridge that will strengthen our ties and make our people-to-people exchanges that much easier, more frequent, and deeper.”

Prime Minister Skerrit expressed excitement for the inaugural flight. “Dominica is now within closer reach of our nationals, many of whom live in cities across the United States,” the Prime Minister said. He added,  “This provides a better opportunity for them to travel home more readily to connect with friends and family”