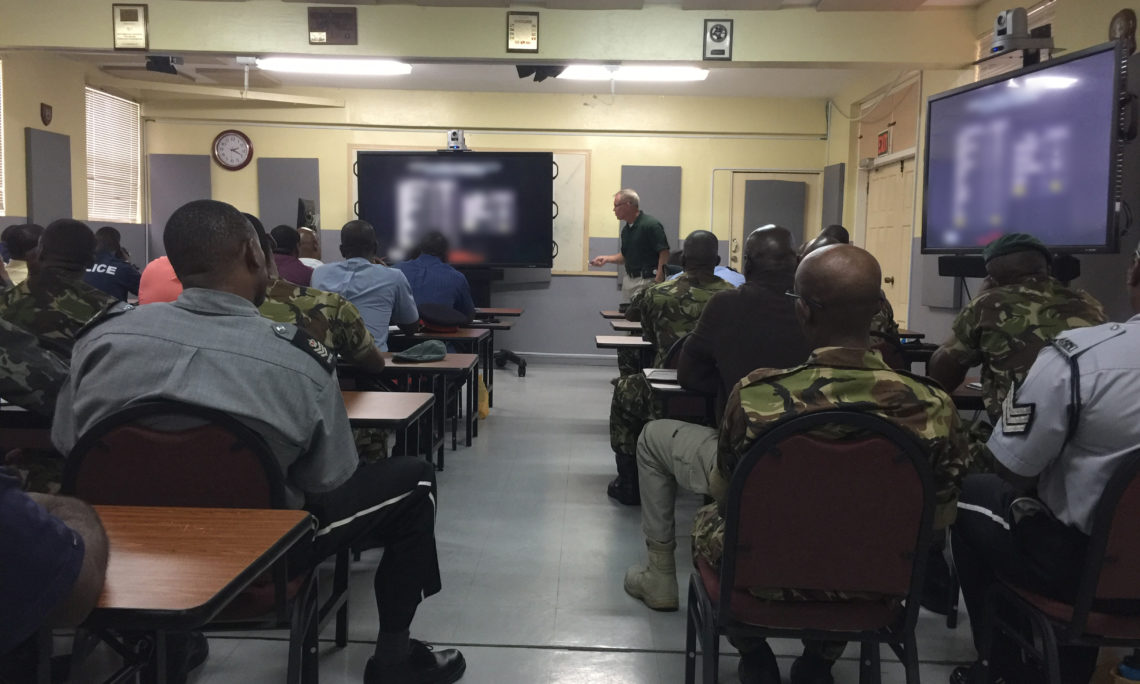 Deputy Chief of Police of the city of Aurora, Colorado, Paul O’Keefe facilitated training sessions at the U.S. Embassy and at the Regional Security System in Barbados.

The U.S. Embassy recently conducted two training sessions on how to prepare for an active shooter attack. At a June 16 session held at the Embassy, participants included members of the Overseas Security Advisory Council, the American Chamber of Commerce for Barbados and the Eastern Caribbean, representatives of the Barbados Hotel & Tourism Association, and members of the diplomatic community. The second session, on June 19 at the Regional Security System (RSS) headquarters, pulled in officials from the RSS, Royal Barbados Police Force, and the Barbados Defense Force.

The training was organized by the Embassy’s Regional Security Office and facilitated by Deputy Chief of Police of the city of Aurora, Colorado, Paul O’Keefe. O’Keefe was the on-scene commander during the 2012 Aurora movie theater shooting where a single shooter opened fire in a crowded movie theater killing 12 and injuring 70.  O’Keefe now uses his experience to train others in responding to these types of incidents.

One of the primary goals of the training was to gather stakeholders together in one place to discuss coordination, and other logistical and technical requirements, in the event that an active shooter incident took place on the island.

U.S. Ambassador to Barbados, the Eastern Caribbean, and the OECS, Linda Taglialatela commented on the training, “We’re pleased to have brought an expert like Deputy Chief O’Keefe to Barbados, and we remain committed to working with our partner nations in the region on strengthening security for continued citizen safety.”

The active shooter training will also take place in Dominica and Grenada next week.